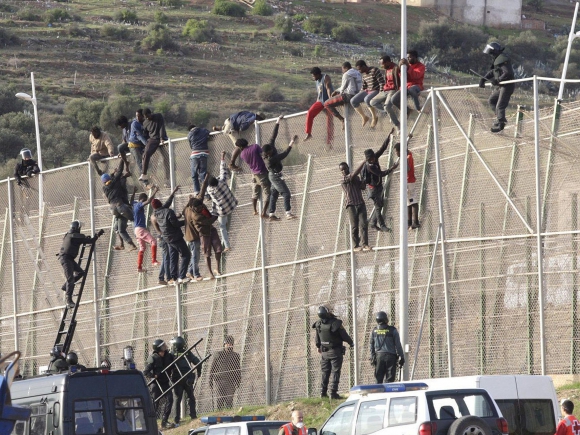 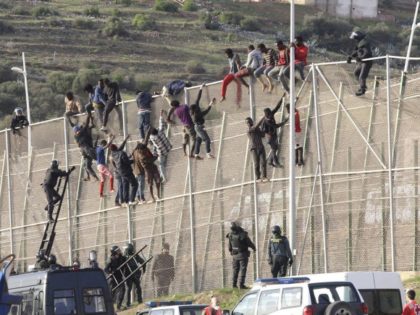 Moroccan authorities thwarted an illegal immigration attempt by nearly 1000 Sub-Saharan nationals who tried to jump the six-meter barbed wire fence of the city of Ceuta.

The operation led by Moroccan authorities succeeded in foiling this mass attempt to storm the Spanish occupied enclave and resulted in the injury of 50 members of the Moroccan security forces, of whom 10 are severely wounded, the interior ministry said in a statement.

“From now on those making such attempts will be presented before the competent judicial authorities who will decree their expulsion from the kingdom (of Morocco) or heavier penalties, according to the gravity of the act,” added the statement.

Spanish authorities, for their part, said that two would-be migrants were allowed into Ceuta to be taken care of at a local hospital while the rest were returned to Morocco.

Spanish sources also said that five Spanish policemen were wounded as Sub-Saharans used rocks and metal bars in order to break through the gates of the fence.

On December 9, more than 400 migrants attempted to break through the fence and on January 1, 52 would-be migrants were rescued off shore Malaga.

Ceuta has been under Spanish occupation since the 16th century. Morocco claims the city along with the other Spanish occupied enclave of Mellilia as an integral part of its national territory.