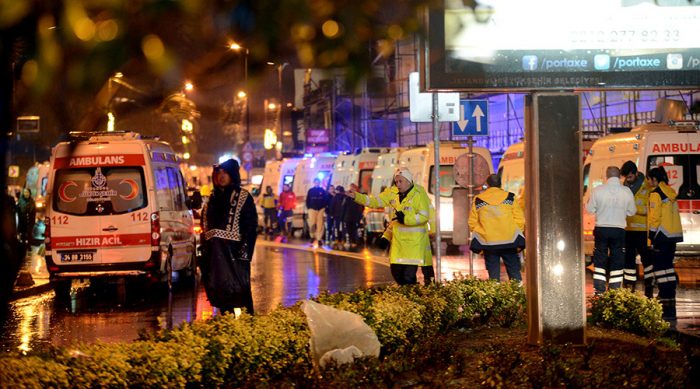 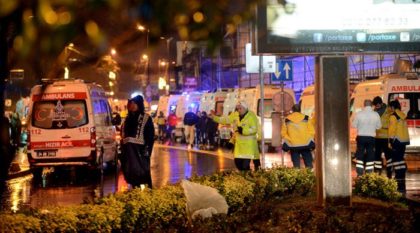 Two Moroccans were identified among the 39 people killed in the terror attack in Istanbul during New Year’s Eve celebrations. Their bodies will be repatriated at the expense of King Mohammed VI.

Four other Moroccans were injured in this barbaric attack and admitted to the hospital, according to the Moroccan foreign affairs ministry.

Wielding a long-barrelled weapon and dressed entirely in black, the gunman opened fire just over an hour into the New year and, in a seven-minute attack, killed 39 of 12 nationalities and injured 70 others.

ISIS claimed responsibility for the attack. Security experts say there are similarities with the suicide bomb and gun attack at Istanbul’s Ataturk airport in June.

The mass shooting followed more than 30 violent acts over the past year in Turkey, which is a member of the NATO alliance and a partner in the US-led coalition fighting ISIS in Syria and Iraq.

The country suffered several bombings in 2016, including three in Istanbul alone, a failed coup attempt in July and renewed conflict with Kurdish rebels in the southeast of the country.

ISIS Jihadists carried out suicide bombings last January and March that targeted tourists on Istanbul’s famous İstiklal Street and launched an attack at Ataturk airport in June, claiming the lives of 45 people.