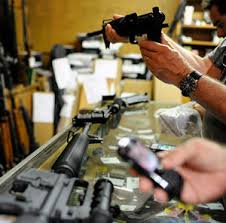 Morocco spent $6.2 billion on weapon deals from 2011 to 2015, said an annual Congressional study dubbed, “Conventional Arms Transfers to Developing Nations, 2008-2015, one of the most comprehensive assessments of global arms sales available in an unclassified form.

At the regional level, the report shows that Algeria spent $17 billion on arms imports from 2008 to 2015, of which Russia sold the lion’s share: $11 billion.

At the international level, the congressional study says that the US maintains its position as leading arms exporter with $40 billion in sales in 2015 followed by France with $15 billion. Russia came third with $11.1 billion followed by China with $6 billion. Other major arms suppliers, according to the study, include Sweden, Italy, Germany, Turkey, Britain and Israel.

The report found that developing nations continued to be the largest buyers of arms in 2015, with Qatar signing weapon deals for more than $17 billion last year, followed by Egypt, which agreed to buy almost $12 billion in arms, and Saudi Arabia, with over $8 billion in weapons purchases.

Other largest arms buyers in 2015 include South Korea, Pakistan, Israel, the United Arab Emirates and Iraq.