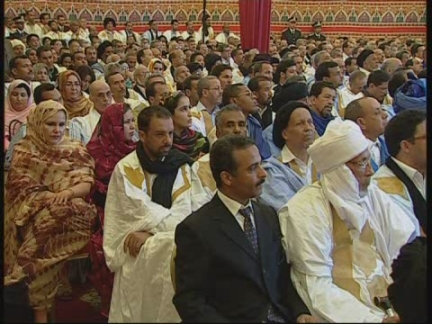 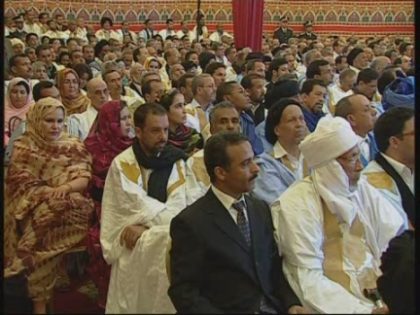 The Moroccan Ministry of Foreign Affairs has “vigorously rejected” as “dangerous and irresponsible” the statement made by the Secretary General of the Istiqlal Party on Mauritania’s territorial integrity and renewed full respect for the Mauritanian borders as internationally recognized.

The Ministry said in a communiqué released on Monday that it “followed with concern the polemics triggered by the dangerous and irresponsible remarks of the Istiqlal Party Secretary General concerning the borders and the territorial integrity of the Islamic Republic of Mauritania.”

The Istiqlal Party Secretary General, hamid Chabat, had said during a trade union meeting on Saturday “Mauritania had originally been part of Morocco,” and “these lands will remain Moroccan; all historians affirm this.”

Mauritania’s ruling Union for the Republic Party (UPR) rebuked Chabat for his remarks and called him to apologize.

The Moroccan Foreign Affairs Ministry said that it “forcefully rejects” these statements, which “undermine relations with a sisterly neighboring country” and evidence a deep misunderstanding of the orientations of Moroccan diplomacy, as drawn up by King Mohammed VI.

“Morocco officially declares its full respect for the Islamic Republic of Mauritania’s borders as known and recognized by international law and for its territorial integrity,” said the statement.

Morocco “is confident that the Islamic Republic of Mauritania, its President, its Government and its people, will not give any importance to this type of remarks, which only harm the credibility of the person who uttered them,” the communiqué added.

The Kingdom is driven by a sincere desire to boost its relations with Mauritania and to take them to the level of a strategic partnership, the Foreign Ministry went on to say, underscoring the strong historical links binding the two brotherly peoples and the mutual trust and respect marking the two countries’ relations. “Unfortunately, the Istiqlal Party Secretary General, through this kind of statements that manifestly lack restraint and maturity, embraces the same logic adopted by the enemies of Morocco’s territorial integrity who are fighting its legitimate return to its Institutional African family,” deplored the Foreign Ministry.