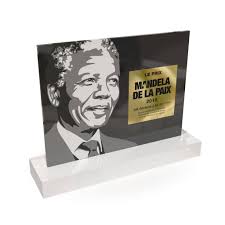 King Mohammed VI has been awarded the prize in recognition of his “contribution to the building of a society of justice and peace between humans and nations, in addition to his efforts to promote the development of Africa through economic, security and cultural diplomacy,” said the chairman of the Prize’s jury Paul Kananura.

He added that King Mohammed VI was a distinguished leader in Africa where he has led “lofty actions to promote development in Africa through economic, security, humanitarian, cultural and spiritual diplomacy.”

In keeping with the spirit of Nelson Mandela, the Mandela Institute awards this prize to leading figures who make significant contributions to peace and development in Africa.

The Mandela Institute for Development Studies (MINDS) is a continental Think tank that seeks to address the short, medium, and long-term development challenges in Africa in a holistic and comprehensive manner.