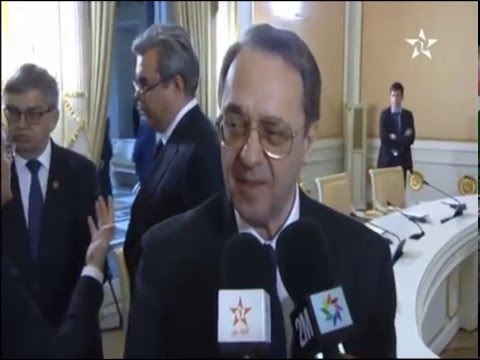 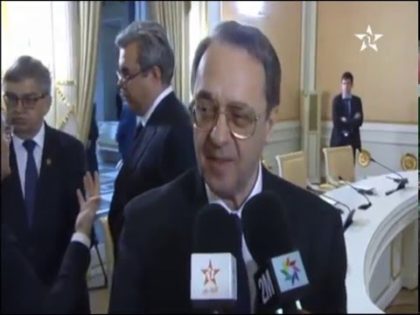 He welcomed the coordination between the two countries concerning a set of reginal issues, notably in the Middle East and Africa.

“The two countries have adopted similar positions which reflect in many questions in the Middle East and Africa, notably in areas of counter-terrorism and the protection of stability and security,” said Bogdanov.

The Russian official also expressed satisfaction at the level of cooperation with Morocco, saying that the state visit by King Mohammed VI to Moscow added momentum to bilateral relations with the signing of several cooperation agreements.

Early in December, Mezouar reiterated to Russia’s Ambassador in Rabat Morocco’s commitment in favor of strong ties with Russia following statements by Head of the Government Benkirane who ascribed Syria’s destruction to the Russian intervention.

During that meeting, the Foreign Minister made it clear that Morocco remains attached to the strategic partnership with Russia which was established during the visit King Mohammed VI paid to Moscow in March this year.

He then reiterated Morocco’s stance regarding the crisis in Syria, saying that the Kingdom supports efforts to reach a political solution to ensure the stability, territorial integrity and unity of Syria.

On the same occasion, the Moroccan official stressed the need for the involvement of the international community and for action on the ground to influence the course of events. Mezouar also commended Russia’s efforts as well as it role on several other international issues.