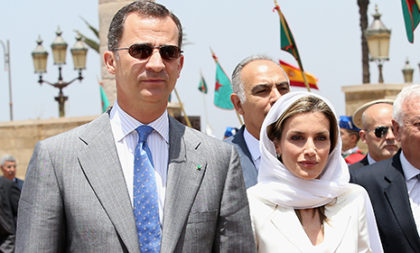 King Felipe VI of Spain will pay a state visit to Morocco, his second since he ascended to the throne in June 2014.

Local Moroccan media reported that authorities in the two countries are preparing for this official visit, which reflects the place of Morocco as a top priority in Spain’s foreign policy.

Whether at the economic, diplomatic or security levels, cooperation between Morocco and Spain is steadily gaining momentum. The existence of issues of discord concerning the two occupied enclaves of Ceuta and Melilla have never deterred the two countries from fostering bilateral ties.

At the security levels, the two countries cooperate closely in countering terrorism. Their intelligence services have conducted joint operations leading to the dismantling of several international terrorist cells. They also cooperate in the field of countering drug trafficking and illegal immigration.

The Spanish royal family have always enjoyed a strong relationship with their Moroccan counterparts. King Felipe VI paid his first visit after his enthronization to Morocco, a move that reflects the significance of Morocco in Spain’s foreign policy.

The 48-year-old Spanish king took the throne in June 2014, after the abdication of his father Juan Carlos, who visited Rabat in 2013.