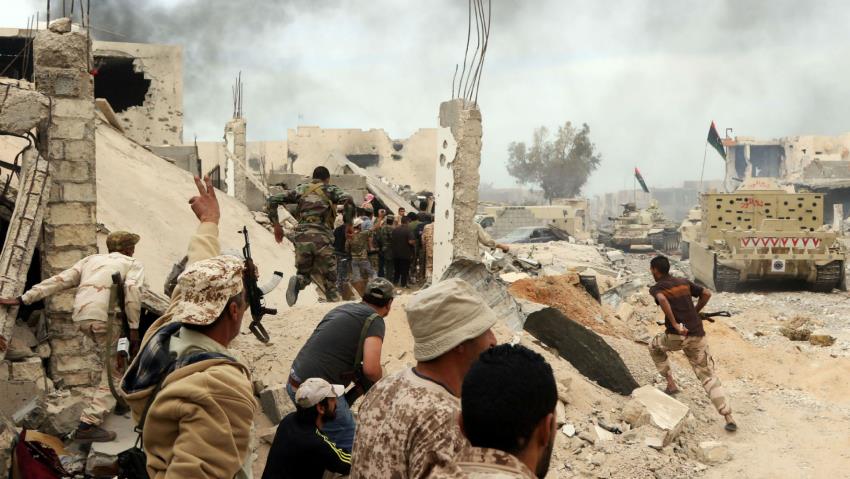 Libya: GNA forces rescue last buildings from IS in Sirte 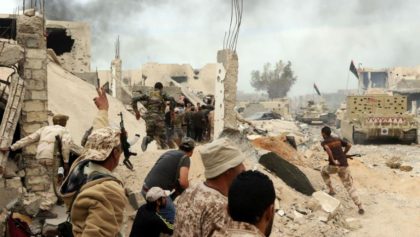 Libyan forces aligned with UN-backed unity government Tuesday said they took last few buildings controlled by the Islamic State group (IS) in the city of Sirte, just one day after announcing they conquered the coastal city.
Misrata forces fighting under the wing of the Government of National Accord (GNA) are still busy clearing parts of the Muammar Gaddafi’s hometown. Though the forces announced they have taken control of the city they still believe that some IS militants are still making stands.
GNA forces Tuesday they cleared Giza Bahriya district where some IS militants are still hiding.
“[We have] secured all the buildings and the streets” Libyan forces spokesperson Rida Issa told Reuters. “We still need to secure the area around Sirte,” he said.
Women and children held captives by IS were also rescued in the operation. Most women, the forces say are migrants from southern Sahara.
IS took control of the city last year in June after driving out local militia tasked to protect the city following the fall of the former Libyan ruler. The terrorist group turned the city into its third strong hold outside Iraq and Syria.
GNA forces in May launched the takeover campaign to regain the city. The advance into the city was halted as the militant group resulted to suicide bombers, landmines, snipers to slow down the GNA forces’ progress.
The battle regained momentum on August 1 after the US joined the campaign. The US-Africa Command headquartered in Stuttgart has launched close to 500 airstrikes on IS positions.
Even though Sirte has been liberated, GNA forces believe that the campaign is not over. Some IS militants according to forces fled the city in the early moments of the crusade. Villages and valleys around the city need to be cleared, GNA forces noted.