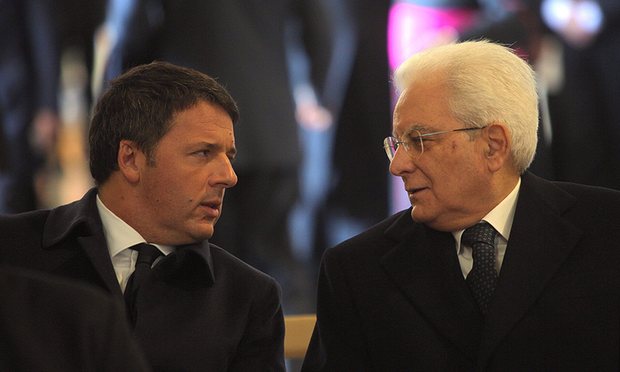 Italy: President urges Resigning Renzi to stay on for more one week 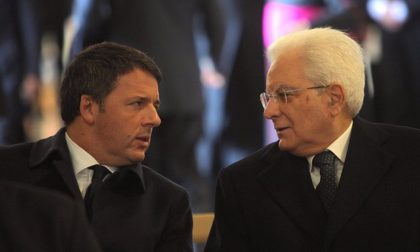 Italian President Sergio Mattarella Monday called on Prime Minister Matteo Renzi to re-consider his decision to step down following Sunday chaotic referendum results.
Renzi leading the Democratic coalition Monday met with Italian President Mattarella to officially submit his resignation after suffering a serious defeat on Sunday as results of referendum for constitutional reforms turned against him.
The No vote promoted by Five Star Movement (M5S) and the xenophobic Northern League bested yes of Renzi by 59 per cent against 41.
The 41 years old Prime Minister on Monday at a press conference conceded defeated and announced his resignation.
Matterella urged Renzi to freeze his decision and stay until adoption of the 2017 financial budget by the senate. The adoption could take until Christmas, reports say.
Renzi’s defeat and resignation have swollen hopes of the opposition camp for snap elections. Matteralla according to The Guardian is not willing to call for early elections and may consider the appointment a caretaker government which means that organisation of future elections may be pushed until 2018.
Finance Minister Pier Carlo Padoan, Pietro Grasso, the president of the Senate, Graziano Delrio, the transport minister, and Dario Franceschini, the culture minister, among the most-frequently mentioned candidates to replace Renzi, the Financial Times reports.