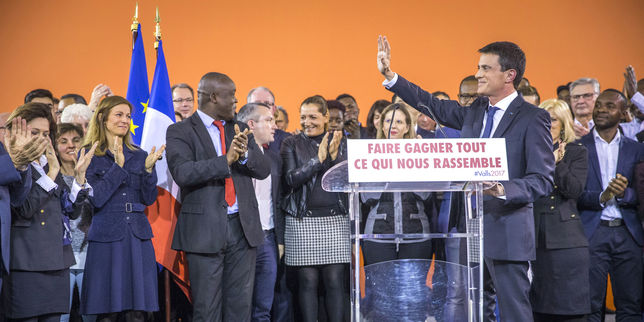 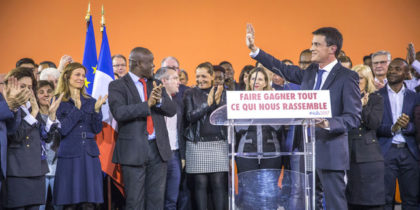 French socialist Prime Minister Manuel Valls Monday resigned from his position as he announced his candidacy for the country’s top job.
“I have learned a lot from my countrymen, so yes, I am candidate for the presidency,” Valls told his supporters at Evry (15 miles from Paris).
“I have that force in me, the willingness to serve my country, it is beyond words, it is a total conviction, I want to give everything to France which has been given me a lot.”
Announcement of his candidacy was not a surprise as the 54 years old politician recently alluded to the intention. His candidacy comes in the heels of President France Hollande’s last week announcement not to run for a second term.
Valls will contest party’s primaries along with former members of his cabinet, namely Arnaud Montebourg, Benoît Hamon other underdogs. Primaries will take place on December 22 and 29.
Voices within the socialist party have already expressed their doubt on Valls’s capacity to unite the party. Some accuse him of not displaying party’s values while others see him very conservative.
For Martine Aubry, former first secretary of the socialist party and current mayor of Lille, Valls is not the right candidate.
Some other figures of the party argue that his bad legacy will over him.
President Holland, with Valls’s resignation is expected to appoint a new Premier. Names such as Bernard Cazeneuve (Minister of interior), Jean-Yves Le Drian (of Defense), Stephane Le Foll (Agriculture), Marisol Touraine (Health), Michel Sapin (Finances) or Najat Vallaud-Belkacem (Minstry Education) reportedly have been shortlisted for the task.