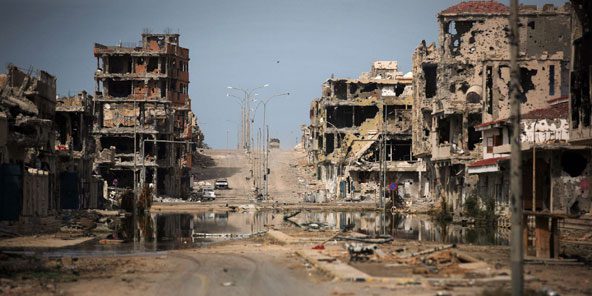 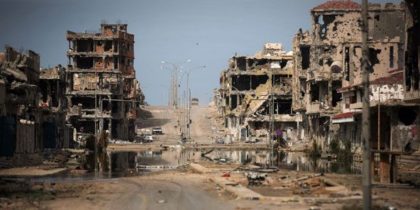 Libyan forces affiliated to UN-sponsored Government of National Accord (GNA) announced Monday total control of Muammar Gaddafi’s hometown of Sirte formerly administrated by the Islamic State group (IS) which overran city last year after taking advantage of rivalries between opposed Libyan factions.
“Our forces have total control of Sirte,” Reda Issa, a spokesman for pro-government forces stated. “Our forces saw Daesh totally collapse,” he added. Daesh is the Arabic acronym of the terrorist group.
The takeover of the coastal city started in May this year. GNA forces’ push to take back the city got revitalized on August 1 when the US announced it was joining the campaign to weed out the terrorist group.
Close to 500 airstrikes were launched by the US-African Command on the militants’ opposition. 15 were launched on Sunday on 42 different positions occupied by IS militants.
The campaign has cost the lives of over 700 GNA fighters and more than 3,000 wounded.
It is reported that some IS fighters managed to escape and have erected other positions in other parts of the country. The US in September indicated that it was expanding its campaign across Libya in a bid to catch up with the militants.
The fall of Sirte is a major blow for the terrorist group also in difficult opposition in Iraq and Syria where international coalitions are trying to stamp it out.
The fall of Sirte also means a victory for Faiez Serraj and the GNA. Serraj who, has been struggling to impose his administration since entering Tripoli in late March has lost his popularity.
The GNA has made defeat IS its main objective. In May the US and its allies agreed to partially lift the arm embargo imposed on the country since 2011.