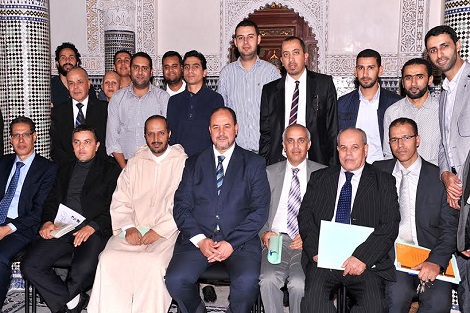 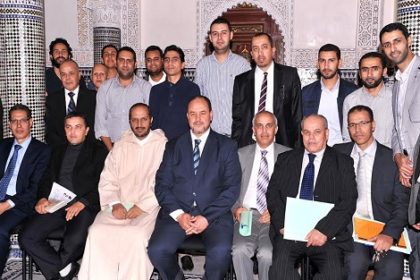 2016 was a remarkable year for Arrabita Mohammadia des Oulamas and for Morocco in its fight against terrorism and violent extremism. From launching an electronic platform called “Ra’ed “as an innovative means of isolating extreme forms of Islam, to the launch of series books titled “Islam and contemporary context “that aim to deconstruct extremism discourse, Morocco has made countering violent extremism at the top policy priorities both domestically and abroad.
Ahmed Abaddi, the secretary general of the Rabita Mohammadia of Ulamas, said at a meeting held on Monday in Rabat, that countering violent extremism is not an easy task since it requires the efforts of society, practitioners, and researchers.
Abaddi emphasized that fostering an authentic, moderate religious discourse that will offer a viable and appealing alternative to extremist idea, has become necessary in the era of globalization, and social media.
The secretary general of Arrabita Mohammadia of Ulamas added that religious views cannot be controlled only through security approach. Instead, innovative educational strategies, engagement with youth through media, and a commitment to the principles of human rights are the best ways to dismantle and counter extremist discourse.
Regarding the series of books that Arrabita launched, Abaddi said, that Morocco has developed a multi-dimensional approach in the face of violent extremism, which integrates security, scientific, social and economic dimensions.
Arrabita Mohammadia des Oulamas through its scientific Think Tank is aware of the importance of youth outreach through social media and other online portals. The institution has developed a peer education strategy, which trains youth to use social media safety to tackle extremist discourse among their peers. In addition, Arrabita has also realized the need to reach out to youth, and children using entertainment to promote moderate values.
In this regard, Abaddi said that producing cartoons for instilling appropriate values in children is an efficient means to counter violent extremism. He went to added that emphasize an active learning style, including video games, short stories, and cartoons to develop critical-thinking, civic education, civic responsibility and human values.
The secretary general of Arrabita also mentioned that it is very important to equip preachers, Imams, and religious leaders with proper knowledge about violent extremism in their own context, and the push factors that lead to radicalization and recruitment.
Abbadi mentioned that developing new tools and media (including videos games, television shows, radio shows, and social media platforms) should be the milestone in our strategy to counter violent extremism.
Few months ago, Arrabita Mohammadia des Oulamas launched a plan in collaboration with the general delegation of Penitentiary and Reintegration. The aim of this plan is to counter extremism inside prisons through building capacities of prisoners.

In recent years, Morocco has concentrated its efforts on the promotion of moderate Islam in order to eliminate some of the root causes of terrorism and extremism.
This strategy has included qualifying mosques, developing curricula for Imams, promoting scholarly research through the Mohammedia League of Ulema on the nation’s Islamic values; and engaging to youth on religious and social issues.