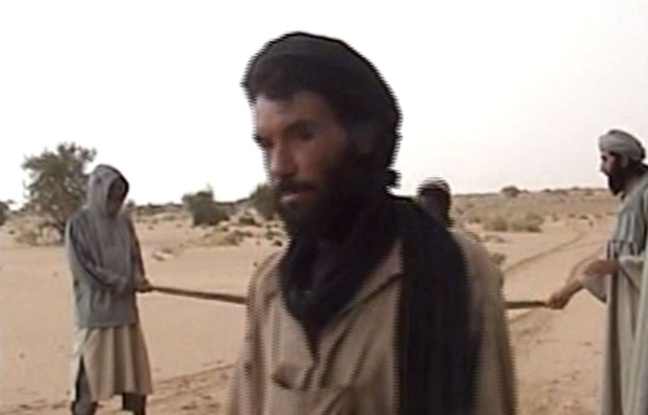 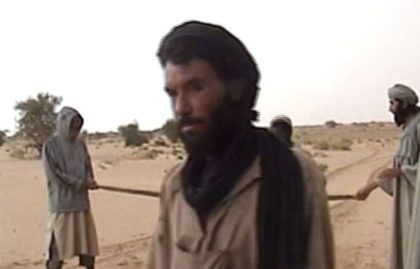 Algerian born terrorist Mokhtar Belmokhtar also known as Mister Marlboro has been killed in the south of the country during a French raid during the week-end, US famous and popular Wall Street Journal reports.
Wall Street Journal relying on the American military source points out that the leader of al Qaeda in the lands of the Islamic Maghreb (AQIM) was killed in a raid south of lawless North African country.
French authorities have not confirmed the information but Libyan security authorities in Tripoli speaking to Jeune Africa belied the information but argued that a raid on a convoy of the Islamic State group (IS) was carried out in South of Tripoli, at Bani Walid, not in the South of the country.
It is not the first time the founder of terrorist group Al-Mourabitoune is reported killed. The 44 years old terrorist has been reported active in the South of Libya. In 2013, the Chadian army claimed killing of the one also nicknamed “The One Eye” but it turned out to be false as Belmokhtar later claimed responsibility for several attacks.
In 2015, the US also announced the death of the man in a raid, south of Libya but AQIM debunked the death of its leader in a series published texts signed by the terrorist.
Mokhtar Belmokhtar, Sahara’s emir
Belmokhtar has spent his entire life in terrorism after starting militancy in Algeria’s GIA (Armed Islamic Group of Algeria) in early 90s. Trained in Pakistan’s terrorist camps, Belmokhtar first withdrew from AQIM due to internal fighting in 2012. He then formed Al-Mourabitoune group before pledging again allegiance to al Qaeda’s offshoot in 2015.
Also accused of arm, cigarette and drogue trafficking as well as abduction of westerners, Belmokhtar staged several attacks in the Sahara region, resulting in the death of hundreds of people.
In 2013, he masterminded Algeria’s In Amenas attacks which claimed the lives of 38 people, most whom foreign workers.
He is shouldered responsibility of terrorist attack on Bamako’s Radisson Blue Hotel in last year in November. 22 people were killed in the attack. He is also named in the attack of Byblos Hotel at Sevare, 620 km, North-East of the Malian capital. 13 people died in fire shootout between terrorists and governmental forces.
Belmokhtar every time managed to escape. The Algerian terrorist born at Ghardaïa was early this year in January associated with terrorist attacks in Burkina Faso capital Ouagadougou. 30 people lost their lives.