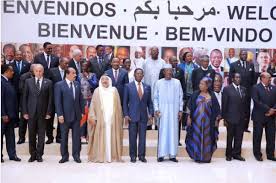 Morocco thanked the eight Arab countries that showed respect for the principles of sovereignty and territorial integrity by withdrawing from the Arab-African Summit in which representatives of the separatist SADR entity were present, and on the same occasion deplores that Kuwait did not follow suit.

This came in a statement released by Morocco’s foreign ministry which showed gratitude for the principled decision taken by eight Arab countries during the Arab-African summit in Equatorial Guinea’s capital, Malabo, November 21-23.

The countries that decided to leave the summit did so to stress that cooperation between the Arab League and the African Union is only limited to UN member states in keeping with the sovereignty and territorial integrity of states, principles which are enshrined in the first Moroccan-GCC summit, held on April 2016, the statement said.

The statement deplored the Kuwaiti position, in its quality of co-chairman of the summit, adding that Kuwait had better ensure that the principles of respect for state’s sovereignty and territorial integrity are upheld by the Arab and the African blocs in the summit.

In addition to Morocco, the eight Arab countries that pulled out from the summit in protest over the presence of the flag of the Algerian-backed separatist entity SADR are Saudi Arabia, the UAE, Bahrain, Qatar, Sultanate of Oman, Jordan, Yemen and Somalia.

North Africa Post's news desk is composed of journalists and editors, who are constantly working to provide new and accurate stories to NAP readers.
NEWER POSTEgypt’s support to Haftar’s army is a national priority, President al-Sisi
OLDER POSTMorocco Shows the way to Algeria on how to Attract Chinese FDIs- Carnegei