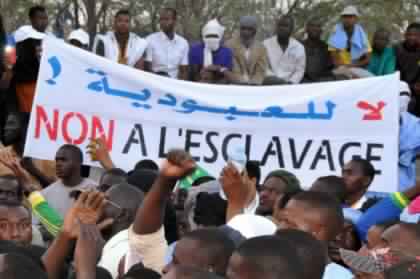 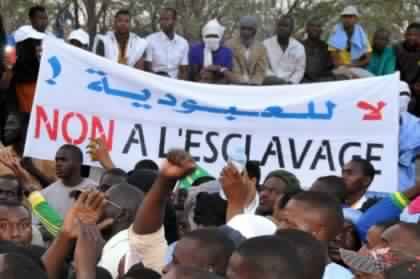 The 13 anti-slavery activists from the slavery abolitionist movement (known by its acronym IRA) have been seen their prison sentences reduced after an appeal court revisited their cases, reports say.
Zouerate court of appeal Friday November 17 overturned the 20 years in prison pronounced against the activists on Wednesday November 16. The court in a new ruling discharged three of accused while handing four-month prison sentences seven others. They should be freed after spending equal period in prison.
Two of the remaining three have been condemned to three years. The third has been handed six month-prison sentence, Jeune Afrique reports.
The 13 activists were arrested end June for sparking anti-police riots in a neighbourhood of capital Nouakchott.
They had been transferred to secret prison in the Sahara desert where they were reportedly subject to torture practices.
A court in Nouakchott in an early trial condemned the activists to 15 years in prison. The trial stirred condemnations in Mauritania and around the world. International right groups and well as western countries also stood in support for the activists.
The defense team welcomed the Friday ruling which it deemed judicially correct. For lawyer Bah Ould Mbareck, the three still in custody are also innocent and should be freed.
“The court has corrected a mistake made in first instance by the redefining the facts as offence, and not as crime. It is very commendable,”
“However, we continue to believe that they are innocent.”
IRA is the largest anti-slavery organization in Mauritania, with members throughout the country who regularly mobilize to protest slavery and state endorsed discrimination based on race, caste and gender.
Mauritania was the last country in the world to abolish slavery in 1981 and it was not until 2007 when it passed a law that criminalizes the act of owning another person. Yet, enslavement continues to be practiced with estimates of enslaved people ranging from 10% to 20% of Mauritania’s 3.4 million strong population.