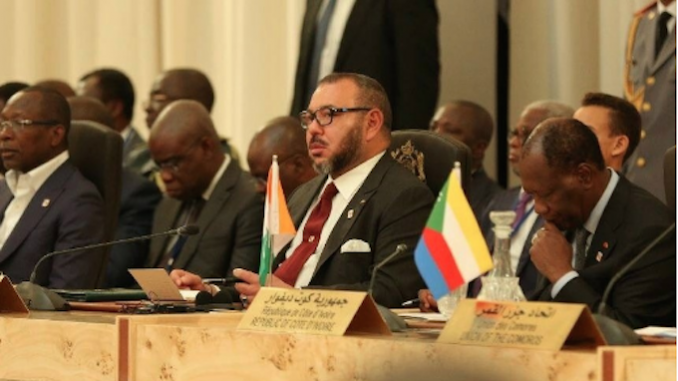 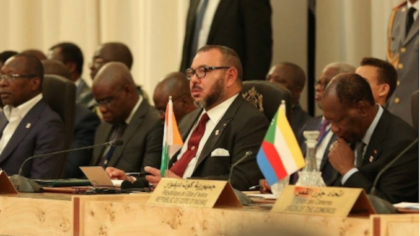 King Mohammed VI delivered a speech at the opening of the Africa Action Summit, held on November 16 in Marrakech, wherein he reviewed the main challenges facing African countries in their endeavor to address global warming.

“By pooling efforts and consolidating cooperation with our strategic partners, I am convinced we can redress the climate injustice affecting our continent,” said the Moroccan King before the Africa Action Summit, held on the side lines of the climate summit (COP22) with the attendance of several heads of state and government.

In this respect, the King said that the summit aims at facilitating the adoption of a common approach to “build an African continent that is resilient to climate change and that commits resolutely to sustainable development.”

The King went on to highlight some of the challenges facing climate action around the globe, notably the disparity between the North and the South when it comes to culture and the environment. Therefore, he called for unifying environmental education.

The Monarch also highlighted that Africa remains disproportionately affected by climate change due to numerous vulnerabilities. Afterwards, he shed light on a set of climate change impacts on the continent notably the issue of climate refugees, the drying up of Lake Chad, risks to food security and the threat of rising sea levels on coastal infrastructure.

In this regard, the Moroccan King warned that “the degradation of land and of natural resources could continue to be the main driver of most transnational conflicts in Africa.”

On the issue of climate finance, the Monarch said Morocco has made financing a priority issue of the COP22, stressing the need for the mobilization of the necessary resources to organize the continent’s adaptation efforts, support the implementation of flagship program and ensure institutional capacity building in our continent.

The Kingdom of Morocco is a committed actor in the task of consolidating regional security and stability,” said the King, adding that Morocco is making its expertise in renewable energies available to its partners.

Morocco “will also lead an African climate expertise network, through the Climate Change Competence Center,” underscored the Sovereign, noting that addressing the vulnerability of the Agricultural sector in Africa takes primacy with the implementation of the “Adaptation of African Agriculture” (Triple A) initiative, “an innovative system that promotes the adoption and financing of solutions to increase productivity and ensure food security.”

Finally, given the share allocated to Africa in terms of resources to combat climate change, Morocco has made financing a priority issue of the COP22.

In addition to the funding provided for in the Paris Agreement as of 2020, the Moroccan Presidency is keen to see public funding mobilized, financial arrangements diversified and access to climate funds facilitated.

Moreover, Morocco encourages the involvement of Sovereign Funds in order to develop green infrastructure in Africa.

“By pooling efforts and consolidating cooperation with our strategic partners, I am convinced we can redress the climate injustice affecting our continent,” said the King.

The one-day summit, held at the initiative of King Mohammed VI, adopted a final statement laying out a forward-looking vision for a common African action to tackle climate change, highlighting that Africa is disproportionately affected by global warming and reaffirming urgent need to make climate action a lever of emergence in order to build an inclusive, sustainable development model.

The summit was attended by the Presidents of several African countries, including Senegal, Niger, Congo, Liberia, and French President François Hollande. It was also attended by UN Secretary General Ban Ki-moon and high level representatives of Africa’s partner countries, the Gulf Cooperation Council, the African Development Bank and the World Bank.