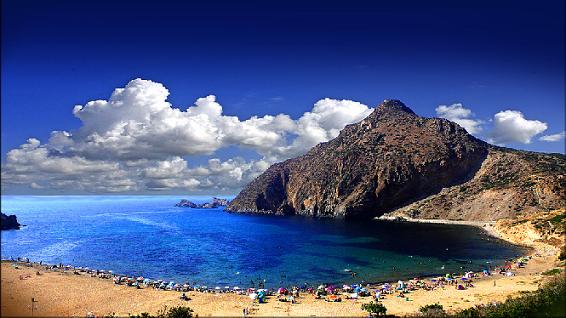 Algeria: Gap Widening between Regime Favourites and Majority of Population 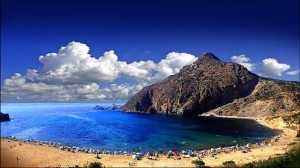 The gap between the Algerian regime favourites and the majority of the population, which is living in rather difficult conditions, is increasingly widening although the country’s oil resources generate huge resources.
While the Arab Spring wave swept over many neighboring countries in the region, Algeria has largely been spared large-scale unrest. Nonetheless, the government has been very slow in enacting structural reforms that can help bolster the non-hydrocarbon economy, improve an underperforming private sector, reduce unemployment, curb social and spatial disparities and alleviate poverty. The oil Windfall is not evenly distributed among the whole population nor is it used to achieve a genuine economic takeoff of the country.
The disparities are apparent in every corner of capital city Algiers. As put by French economic daily “La Tribune” in a story posted on its website, “Algerian senior officials drive, escorted (by the police or bodyguards), powerful German cars and live in luxury cities, where access is banned to the rest of Algiers population. Meanwhile the majority of the inhabitants of the city live in insalubrious dwellings dating back to the colonial era and threatening to collapse anytime”.
According to the World Bank, Algeria’s 2009-2014 development plan, or programme quinquenal, provides for the construction of housing and public facilities that is expected to create up to 2 million new jobs. But so far, both housing and unemployment remain key challenges for the oil exporting country.
Inhabitants of the metropolitan area, who struggle to find a decent housing, are not allowed access to the favourites’ “bunkers”, which are equipped with all amenities and which are a safe heaven for the regime, far away from the rest of society.
These “forbidden” cities, located on the western coast of Algiers, have private beaches and are constantly under the surveillance of gendarmes armed with Kalashnikovs and a battalion of security guards.
“The luxurious villas, built with oil money, are allocated in total opacity” to the regime favourites, who suffer no water or electricity cuts, are not bothered by mosquito bites, rats nuisance or stray dogs that plague the lives of the inhabitants of the majority of the districts of Algiers and other cities, the French daily wrote
The 2013 draft Finance bill still consecrates the disparities between the “privileged” and the rest of the population, particularly in terms of wages, access to health care abroad, access to the state “juicy” Public procurements that are generally awarded to local or foreign companies which are close to the regime favourites, without any control on prices nor on the quality of work, the daily underlined, adding that the state is planning to spend millions of dollars to “acquire weapons and means of struggle against popular demonstrations.” “In 2013, the total functioning budget of the departments of defense (army and gendarmerie) and Interior (police) is set to amount to €14 billion, representing one third of the overall state budget, the daily wrote.
According to the World Bank, Algeria posted an estimated fiscal deficit of 4 percent of GDP in 2011, the third consecutive deficit in over a decade, and the deficit is expected to rise to 6 percent in 2012 because of heavy public spending. Inflation in 2012 has risen to 9.1 percent fueled by a surge in fresh food prices, (12.1 percent as of June 2012) but also high public spending.
Although the medium-term outlook remains positive, as Algeria will continue to benefit from high hydrocarbon prices, the WB said added efforts will still be needed to reduce economic and regional disparities, and to generate sufficient employment for the increasingly educated and young labor force.