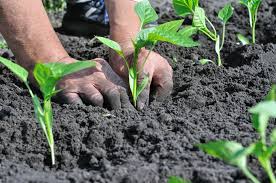 The role organic agriculture can play in fighting climate change effects and in boosting food security was the main theme of a debate held in the COP22 Green Zone by the federation of Moroccan organic agriculture professionals (known by its French acronym FIMABIO.)

He highlighted the global momentum towards adopting organic agriculture to counter climate change, notably through the “4 for 1000” initiative, which aims to increase the amount of organic matter in soil by 4 per thousand (0.4%) each year, which would be enough to compensate for all global greenhouse gases emitted due to human behavior.

Organic agriculture practices are conducive to the global efforts to reduce greenhouse gas emissions before the point of no return, he said.

“Organic agriculture can help reverse climate change because it can take CO2 out of the atmosphere and store it in the soil as soil organic matter,” he explained, noting that average organic systems can store around 3.5 tons of CO2 per hectare per year.

Echoing him, President of FIMABIO called on the Moroccan government to include organic agriculture in climate resilience plans.

During the event, FIMABIO distributed a document dubbed “Manifesto for a Bio Morocco and for the Support for a Bio Africa” which calls for including the promotion of organic agriculture in the COP22 agenda.

The event is part of the activities taking place in the Knowledge and Traditions area of the Green Zone of COP22, taking place this November 7-18.