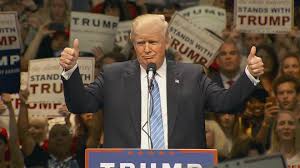 Fears that the US may scale back on the Paris Agreement are dominating the climate summit COP22 on the third day of the event in Marrakech, after Trump won presidential elections.

Trump’s victory is no good news for the climate advocates attending COP22 (November 7-18), a summit meant to ponder on the means to ensure that states commit to their nationally determined contributions to achieve the goal of limiting global temperature rise to 2 degrees Celsius above pre-industrial levels by 2100.

Climate change activists fear that Trump’s view that global warming is a hoax might lead other nations to scale back ambitions under the Paris Agreement.

In a tweet on November 2012, Trump said “the concept of global warming was created by and for the Chinese in order to make US manufacturing non-competitive.”

Trump also promised to backtrack on commitment under the Paris agreement if elected, though withdrawing process may take up to four years.

In a letter following Trump’s win, COP22 President, Salaheddine Mezouar, congratulated the new US President, adding that he sees no turning back in the momentum towards implementing the Paris Agreement.

“Now that the Paris Agreement has entered into force, all countries and non-state actors, have the shared responsibility to continue the great progress achieved to date.”

The U.S. Environmental Protection Agency (EPA) put forward the CPP as a selected vehicle for reducing greenhouse gas emissions by nearly a third below 2005 by 2030.

Yet, the achievement of this goal is left in the hands of each state. Twenty-four states refused to implement the Plan and filed the case against the EPA.

The plan is currently frozen after last February the Supreme Court voted to delay implementation until the appeals process could play out.

The outcome of this litigation will impact whether or not the United States can meet its commitments under the Paris Agreement. If the US rescinds on the CPP, this will encourage other nations to not take their commitments seriously.