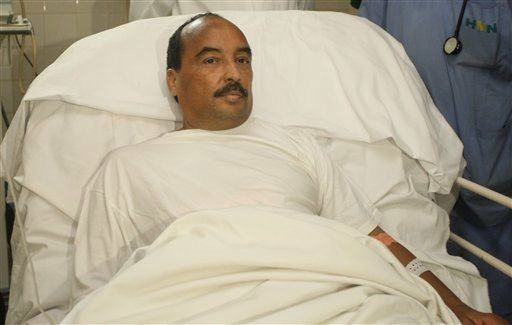 Mauritanian President Denies any Foreign Involvement in his shooting 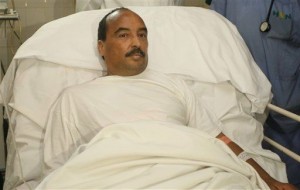 Mauritania’s President Mohamed Ould Abdelaziz who was wounded on October 13 in a shooting that was officially reported as “accidental” has confirmed earlier this week this initial version of the incident and flatly denied any foreign involvement in the shooting.
The Mauritanian strongman, who had been hospitalized in Paris after the gunshot wound he sustained, affirmed in an interview with France 24 TV channel that he has been victim of an accidental shooting and that the act was not premeditated.
A soldier, who was not wearing his military uniform, fired at the president’s unmarked vehicle when the driver refused to pullover. The investigations conducted after the incident came to the conclusion that it was not an assassination attempt. Investigators recognized that the soldier committed professional mistakes as he gave orders while he was not wearing his military attire but they did not question his good faith and authorized him to go back to work.
In his interview with France 24, President Ould Abdelaziz described as “mere imagination” the allegations circulated by “doubtful circles” claiming that the attack against his vehicle was plotted by a neighboring country.
Rumors from Algiers had actually hinted to Morocco’s involvement in the shooting and alleged that Mauritania had sent dispatches to foreign embassies in Nouakchott informing them about its accusations against Morocco.
Immediately after these rumors were circulated, the Mauritanian Foreign Minister categorically denied having sent any correspondence dealing with this matter.
While addressing the French TV, President Ould Abdelaziz was keen on denying again what some analysts described as Algerian regime’s manoeuvring. “The circumstances of the accident were elucidated on the same evening it happened (…) and the same evening, the author of this accident was released at my order. The circumstances are crystal clear. There is no inside story … Things were amplified. They spoke of a foreign hand, they talked about terrorism… All this is mere imagination. Everyone made remarks according to his own wishes, to his own dreams sometimes,” he insisted.
The President also confirmed that he will be returning to his country this Saturday Nov. 24.
The Mauritanian head of state had stayed in Paris for more than a month to get medical treatment and recover fully from the injuries he sustained in the shooting.