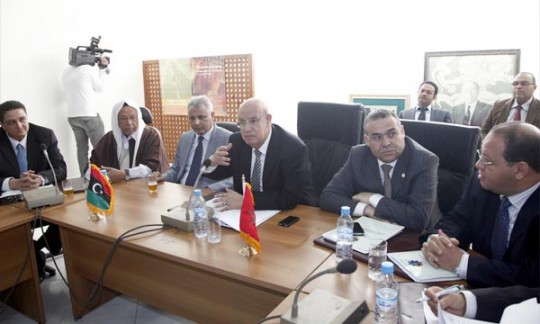 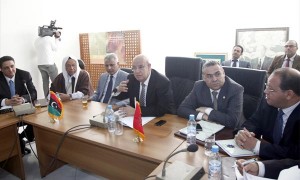 At the end of the Libyan delegation’s visit to Morocco, both counterparts seem to be happy of the outcome of the negotiations to encourage investment. The chief of the Libyan Chamber of Commerce Idriss Omran said there are ongoing feasibility studies and projects to promote investment on both sides. He called on Moroccan investors to utilize the moment and invest in Libya because the government has more than $200 billion worth of investment projects to inaugurate.
During the meeting, officials also discussed what needs to be done to put in place a joint Moroccan-Libyan Chamber of Commerce and to get functioning and active. Financial analyst Moussa Al Mauritani said both countries have manifested their willingness to strengthen their economic and commercial co-operation in order to satisfy the expectations and desires of their citizens. The financial analyst described to be “very promising” signs.
Business leaders present at the meeting highlighted the need to eliminate visas for business people, the possible formation of a Moroccan-Libyan bank, and other ways to make it easier for Libyan products to reach the Moroccan market. Libya already has an efficient financial presence in the Moroccan system as it has investments in housing, tourism, hotels and fuel distribution.
Morocco’s Industry Minister Abdelkader Amara called for people to capitalize on the “very profound” Moroccan-Libyan relationships in order to establish a solid economic partnership. They are envisioning the establishment of a maritime route between the ports of Casablanca and Tripoli in order to facilitate the easy movement of goods and accelerate, encourage economic and commercial exchanges.
The visiting Libyan delegation included the presidents of the management boards of the professional chambers of the cities of Tripoli and Sebha, representatives from the public organization for development, investment and privatization, along with several Libyan businessmen.