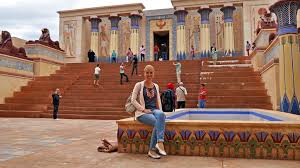 Morocco has been attracting eminent Hollywood movie makers who look for a safer environment to shoot feature movies in a Middle Eastern setting, said CNN in a report that highlights the attractiveness of Morocco and its advanced cinema infrastructure.

“Morocco offers a solution to the Hollywood studios who want to shoot films that are set in the Middle East, but in an environment which would seem to them much safer,” the CNN quoted William Higbee, a professor of Film Studies at the University of Exeter, as saying.

The report sheds light on the movie making infrastructure and institutions in Morocco and particularly in Ouarzazate, “a home for Hollywood directors looking to recreate a host of landscapes without any of the risks, costs and nightmarish logistics of filming in other, perhaps more suitable countries.”

Unlike other countries in the Middle East where treating some issues may stir controversy, CNN points out to the openness of the Moroccan society and political system.

“Morocco tends to have a more liberal and open attitude. They didn’t have a problem with that kind of narrative,” said CNN in the article signed by Sophie Morlin-Yron.

Morocco is also a country where Hollywood movie makers enjoy support from the Moroccan government and institutions, including the army, added the article, citing the example of the Moroccan Film Institute which has been offering support in terms of negotiations with Moroccan authorities.