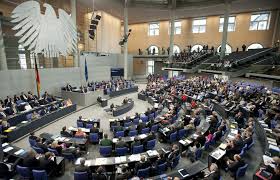 The Bundesrat, the upper house of the German Parliament, has refused to classify Morocco, Algeria and Tunisia as “safe countries of origin”, which entails that migrants from the three Maghreb countries cannot be deported.

The UK paper, the Daily Express, reported that Thomas de Mazière described the Bundesrat decision as “incomprehensible” after the lower parliament already classed these nations as safe in May.

Opposition to considering the three Maghreban states as “safe countries” came from the Greens, who fear that deported migrants may face persecution back home.

Last October, Morocco’s Interior Minister visited Berlin where he discussed with German officials the repatriation of Moroccan illegal migrants and expressed the Kingdom’s commitment to facilitate the return of a maximum of illegal immigrants, particularly those who entered Germany in the context of the migration crisis triggered by the civil-war in Syria.