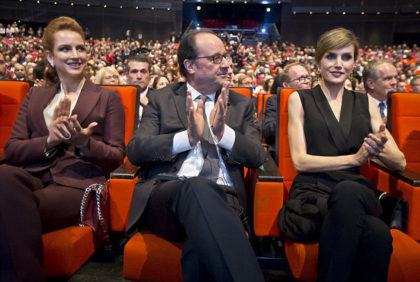 Princess Lalla Salma, Spouse of King Mohammed VI, took part in Paris in the world counter-cancer conference, which is held by The International Union against Cancer (UICC) in collaboration with the French league against cancer.

More than 3,500 experts and activists engaged in the fight against cancer gathered in the French capital to shed light on the organizations, institutions and foundations around the world championing the cause.

The opening session of the conference, to wind up on Thursday, was attended by France’s Francois Hollande as well as other royal dignitaries among whom Jordanian Princess Dina Mired and Spanish Keen Letizia.

Pior to the conference, Princess Lalla Salma, Chairwoman of the Lalla Salma Foundation for Cancer Prevention and Treatment, attended the World Summit of Cancer Leaders in the French capital.

Princess Lalla Salma received recently the Portuguese Tribute Award of the third Bal de la Riviera in recognition of her initiatives to fight and prevent cancer at home and abroad.