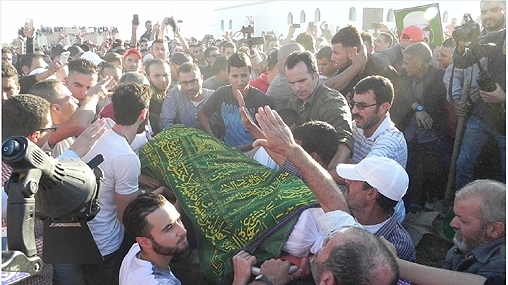 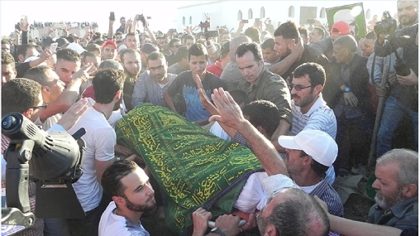 The general prosecutor has ordered the preventive detention of 8 individuals out of 11 people charged in the gruesome death on Friday of the fishmonger crushed in a trash truck as he attempted to save his confiscated merchandise.

The fishmonger, Mouhcine Fikri, 31, was killed when he jumped to save his swordfish, confiscated by the police. Fishing Swordfish, a protected species, is banned during the months of October and November.

Investigations are ongoing upon directives from King Mohammed VI who ordered a thorough investigation to bring those responsible for this horrendous act before justice.

In this regard, the general prosecutor referred to an investigating judge the 11 people, who include two interior ministry officials, two local fisheries officials and the veterinary chief in Al Hoceima on charges of involuntary homicide.

The general prosecutor established, as it came in a statement he released, that the killing of Fikri is an involuntary manslaughter as there was no order to kill.

The statement went on to explain the circumstances of the death saying that Fikri bought 500 kilograms of swordfish, whose sale was banned because it is a protected species and may not be caught between October 1 and November 30.

Authorities stopped the vehicle transporting Fikri’s merchandise and inspected it then the police informed the prosecutor’s office who ordered the confiscation of the fish. Afterwards, the swordfish was examined by a veterinarian who deemed it unfit for consumption on grounds that its origin cannot be determined.

These officials called the trash truck to destroy the catch, but a manager of the trash collecting company required a written document ordering the picking and destruction of the fish seized. The officials drafted a report on the destruction of the merchandise on the spot and sent the original to the head of the trash collecting company. The prosecution deemed the paperwork a forgery of public documents, the statement said further.

After confiscating and throwing the swordfish in the garbage truck, Fikri and other individuals jumped to the back of the vehicle in a desperate attempt to retrieve the merchandise. At that moment the compactor was activated causing the death of Fikri, the statement said.

Protests and sit-ins have been staged in several Moroccan cities with the largest held during the victim’s funeral, which drew thousands from across Morocco to Al Hoceima. The protesters chanted slogans venting anger against the abuse of authority and expressing solidarity with the family of the victim.

Meanwhile, the Interior Minister, as instructed by King Mohammed VI, asked the Minister of Justice and Liberties to open a thorough investigation in illegal fishing operations off Al Hoceima and to take the necessary measures in light of the results of these investigations.

The investigations are expected to shed light on how the merchandise was bought and taken out of the port without authorization.

Immediately after the incident last Friday, King Mohammed VI gave directives to the Interior Minister to travel to Al Hoceima to offer the Sovereign’s condolences to the family of Fikri and also to conduct a full and thorough investigation of all matters related to the tragedy.