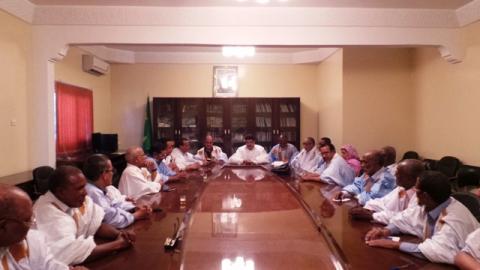 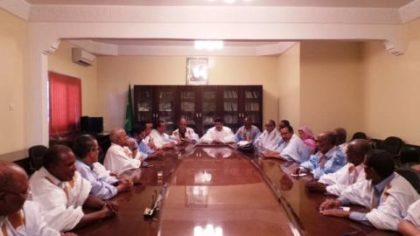 Tension is growing between the Mauritanian Senate and the ruling Union pour la Republique party (UPR) over regime’s plans to suppress the chamber without consulting its members as enshrined in the constitution.

The Mauritanian regime last month organized a national dialogue to lead to a referendum over the replacement of the senate by regional councils and the creation of vice-presidency position. The dialogue was boycotted by the opposition which deemed it a ploy to roll out red carpet for a third term for incumbent Mohamed Ould Abdel Aziz.

Sahara Media learned that the ruling party did not inform members of the senate of the plans to replace the institution. A source close to the senate commission to study proposals made during the dialogue told the media the ruling party’s statement claiming the senate’s alignment with the UPR’s plan were false.

According to Sahara Media, discussions held by the UPR and the commission were informal and the commission demanded the reinforcement of article 99 of the constitution stipulating that any popular referendum should be discussed in the two chambers of the parliament.

Decision to suppress the senate has not been made yet, Sidi Mohamed O. Maham President of the ruling party reportedly noted.

Members of the commission further criticized the organization of the national dialogue which, they said, failed to include the opposition – important factor to help find a solution to the political crisis plaguing the country.

The commission urged Ould Abdel Aziz’s UPR to stick to the constitution arguing that any constitutional modification not in accordance with constitutional requirements will tip the country into instability, insecurity, and fragmentation of the nation.