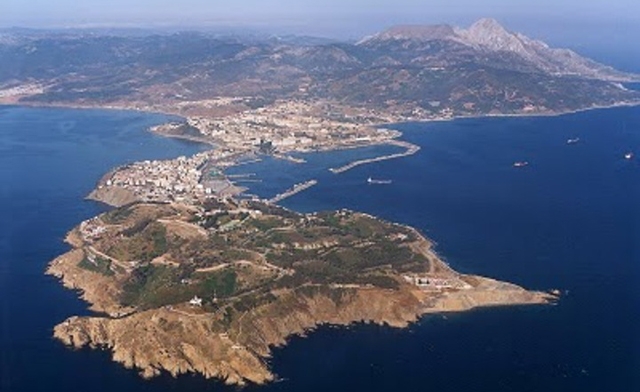 Occupied Ceuta at Heart of NATO-Russia Row over Warship Refuelling 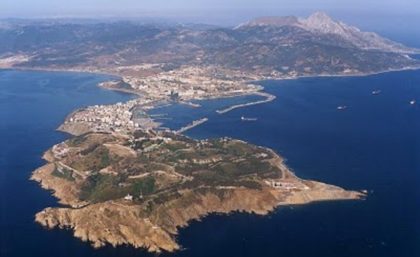 The Moroccan Spanish-occupied city of Sebta (internationally known as Ceuta) was at the heart of a row after NATO voiced concerns over the refuelling of Russian warships in the city’s port, on the strait of Gibraltar.

A group of warships including Russia’s only aircraft carrier, the Admiral Kuznetsov, are reportedly refuelling at sea off Ceuta’s coast en route to Syria.

The BBC reported that plans for some of the ships to dock at a Spanish port were cancelled after NATO allies voiced concern.

The re-fuelling put Madrid under criticism from politicians in continental Europe and the United Kingdom for possibly allowing the Russian warships to dock at Ceuta.

According to Spanish paper EL Pais, Russian sailors spend €1 billion annually in the port. The same paper added that over fifty Russian warships have docked in Ceutra since 2011, making the Spanish enclave one of the main bases for the Russian fleet west of the Mediterranean.

Long before Spain joined NATO and the EU, the occupying country used to allow ships from any country to dock at Ceuta.

The city has been under Spanish occupation since the 16th century. Morocco claims the city along with the other Spanish occupied city of Mellilia as an integral part of its national territory.

When King Juan Carlos made his first royal tour of the cities in November 2007, he stirred up a hornet’s nest, igniting Moroccan claims that the two enclaves be returned to their rightful claimant.

Madrid asserts that both territories are integral parts of Spain and have the same status as the semi-autonomous regions on its mainland.