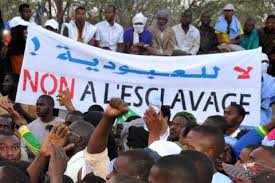 U.N. human rights officials condemned the systematic oppression endured by anti-slavery activists in Mauritania who have been handed a 15-year jail sentence.

“The (Mauritanian) government is hostile to civil society groups that criticize its policies, especially to groups like IRA, whose members are drawn from the Haratin minority and advocate for an end to slavery,” seven U.N. special rapporteurs said in a statement.

They said they were concerned Mauritania’s anti-slavery movement (known by its French acronym IRA) had been singled out by the government because its members met Philip Alston, U.N. special rapporteur on extreme poverty and human rights, during his visit to the country in May.

The activists who stood trial for “rebellion and use of violence” were arrested in July after riots in a Nouakchott slum community that was being forcibly relocated as the African country prepared for an Arab League summit.

Mauritania was the last country in the world to abolish slavery in 1981 and it was not until 2007 when it passed a law that criminalized the act of owning another person. Yet, enslavement continues to be practiced with estimates of enslaved people ranging from 10% to 20% of Mauritania’s 3.4 million strong population.

North Africa Post's news desk is composed of journalists and editors, who are constantly working to provide new and accurate stories to NAP readers.
NEWER POSTTunisia Denies Housing a Secret US Military Base
OLDER POSTSaudi Arabia, Qatar reported to Have asked Algeria to join operations in Yemen