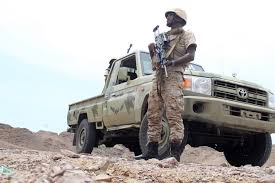 Saudi Arabia, Qatar reported to Have asked Algeria to join operations in Yemen

The news comes after visits in October by defense ministers of Saudi Arabia and Qatar to Algiers during which they met Algerian deputy defense minister and chief of staff, Ahmed Gaid Salah.

Since March 2015, Saudi Arabia has led a coalition of nine Arab countries, which tries to end the Houthi rebellion and restore the legitimate government of President Hadi.

“Saudi Arabia wants to bring an end to the war and implement a peacekeeping force from various countries who are trusted by Riyadh and Doha,” the diplomatic source told the Middle East Eye, adding that “Algiers responded that it would consider the proposal, but for the time being, the general feeling is one of refusal.”

As the budget crisis tightens in Algeria, it is unlikely that the North African country would send troops to Yemen. Algeria’s military doctrine is based on the principle of non-involvement in external conflicts and has never taken part in peacekeeping operations.