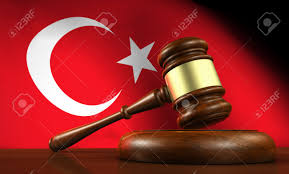 A Moroccan citizen living in Turkey has been sentenced to eight years in prison for attempting to join the Islamic State group (IS) in Syria, Moroccan Daily, Al Massae, reported.

The man known as Mamoun El Battoui and aged 42 was arrested in February in the town of Bursa, North of the country, for belonging to the terrorist group, the paper said.

The suspect was arrested upon arriving in Turkey from Belgium where he was living. Turkish authorities found in his phone pro-IS propaganda.

Battoui denied belonging to the terrorist organization and said he viewed the videos but deleted them.

Turkey has become transit country for IS sympathizers willing to join the group in Syria where it has established its main base following defeats in Iraq.

Around 2,500 Moroccans have been reported fighting in the ranks of the militant group in Syria and Iraq.

The legislation known as the Law to Combat Terror was strengthened in 2011, and in 2015, Morocco made it illegal for its citizens to attempt to travel to Syria or Iraq to join the Islamic State.