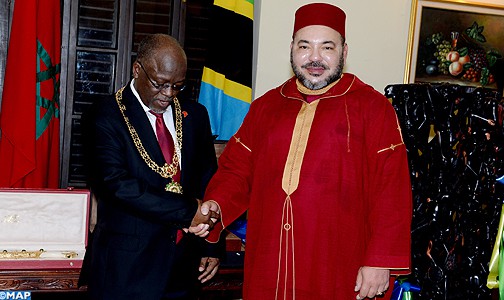 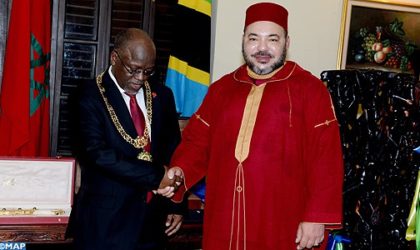 The King’s visit is of great strategic significance as it takes place at a time Morocco launched a diplomatic offensive to strengthen ties with Key African English speaking countries in support of its bid to regain its natural place in the African Union.

Tanzania is the second leg in an eastern African tour that took the King to Rwanda with Ethiopia as the final stop.

As part of his visit to Tanzania, the King chaired along with Tanzania’s President the signing ceremony of 22 cooperation agreements that mark a prelude of win-win partnerships in fields ranging from tourism, agriculture, industry, renewable energies, transport, services and finance to cultural and scientific cooperation.

In a comment, Tanzania’s foreign minister told the press that the visit of the Moroccan monarch lays foundation for strengthened economic and political relations as evidenced by the agreements that were signed by the two countries.

He welcomed the opening of the Moroccan embassy in Dar es Salam and the appointment of Ambassador Abdelilah Benrayane, adding that Tanzania will open a general consulate in Morocco shortly.

The Tanzanian Foreign Minister shed light on the shared history between Morocco and Tanzania in terms of the fight against colonialism, highlighting the role played by the Casablanca Group in supporting Africa’s emancipation from the yoke of colonialism.