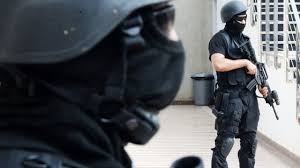 “One of the main factors helping to keep Morocco’s jihadists in check is the competence of its security forces. The country’s powerful intelligence agency, national police force, paramilitary police and Central Bureau of Judicial Investigations (Morocco’s version of the FBI) work closely with their American and European counterparts, receive extensive training and are highly proficient,” said Stratfor in an article on its website dubbed, Morocco’s Jihadist Paradox, Unravelled.

On Morocco’s multilateral anti-terrorism cooperation, the global intelligence firm notes that the Kingdom’s intelligence services “have even helped to avert attacks elsewhere with the information it collects and shares.”

Stratfor shed light on the terrorist threat posed by Moroccan foreign fighters who joined Daesh in Iraq and Syria, saying that the vigilance of the Kingdom’s security and intelligence services enabled pre-empting attacks and rounding up suspects before they move into action.

Terrorism, said Stratfor is “a low-level threat in Morocco, as it will in European countries such as France and Belgium.”

The article also points out to the legal framework governing counter terrorism action. “The legislation known as the Law to Combat Terror was strengthened in 2011, and in 2015, Morocco made it illegal for its citizens to attempt to travel to Syria or Iraq to join the Islamic State.”

“Because of Morocco’s robust security environment, it is difficult for jihadist groups to establish operations in the country, despite the large number of militants who hail from within its borders,” argued Stratfor.