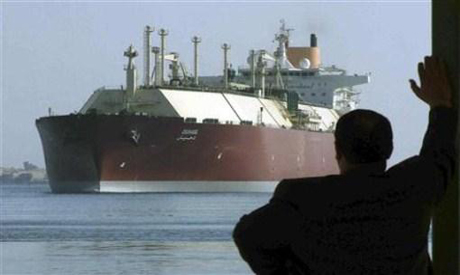 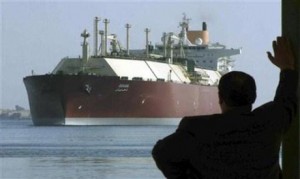 Bidding announced by the Egyptian Natural Gas Holding Company (EGAS) to sanction the importation of Liquefied Natural Gas (LNG) by the private sector for first time in Egypt has expired although some major oil and gas companies withdrew.
Companies such as British Petroleum, Royal Dutch Shell, the Kuwaiti Kharafi Group and Taqa Arabia, a subsidiary of private equity firm Citadel Capital withdrew their interest in the bid with the Request for Proposal (RfP), a source familiar with the matter revealed. He added that gas prices and the cost of generating electricity from natural gas according to a study considered $4 per million BTUs as the economic price to produce electricity for commercial and industrial consumption. The usage fee for the national distribution grid has been fixed at $0.68 per million British Thermal Units (BTUs), to be paid to GASCO, the company operating the grid.
The Egyptian gas holding company has fixed a minimum price on the private sector’s import of natural gas that will be implemented in June next year. The actual figure is yet to be revealed. However, Egypt’s ministry of Petroleum, Osama Kamal is hoping that the private sector will be able to assure daily importation of gas in accordance with the population’s demand estimated to be around 500 million cubic feet per day.
The public has not welcomed the idea of allowing the private sector to import natural gas. The Egyptian Federation of Industries is also against the idea because it will create a duality in the pricing system. The head of the federation’s energy committee said “the government’s role should be regulatory,” and proposes that an authority which would be responsible for overseeing and monitoring the trade of hydrocarbon energy in should be established.