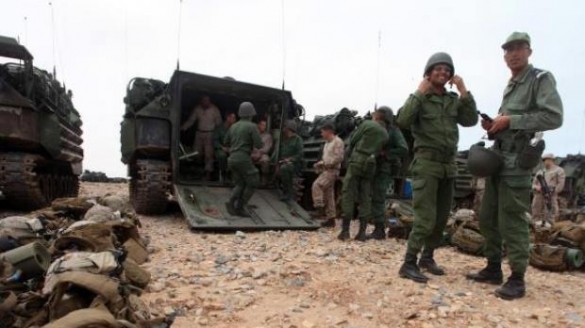 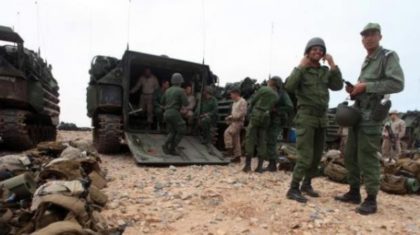 The Royal Armed Forces conducted an operation that foiled an Algerian plan to establish a polisario separatist military presence in the southernmost tip of the Sahara, Guergarat, capturing 6 Algerian military officers and several polisario fighters.

The news is relayed by Assabah daily which says that the Moroccan Armed Forces (known by the French acronym FAR) launched a combing operation after noticing suspicious military movements in the area of Guergarat.

The operation led to the arrest of six Algerian officers- including a high ranking officer- and the seizure of several military equipment including jeeps, guns and small cannons.

The same source adds that no bullet was shot during this operation and that some of the arrested were liberated following investigations while others were kept for further investigations.

In August, Morocco launched a customs and police operation to clear the southernmost tip of the Saharan provinces of all sorts of illegal commercial activities and prevent any terrorist infiltration into the Kingdom.

The operation had a geopolitical impact in terms of barring the road for Algeria and its allies in Nouakchott from creating a camp where they intended to re-locate some of the population held against their will in Tindouf camps.

The failed Algerian plot to establish a camp in Lagouira near the Mauritanian borders was intended to give the polisario separatists a boost as they struggle desperately to portray the area beyond the Moroccan Royal Armed forces security wall as a “liberated area.”

The Moroccan intervention also shows that the Kingdom has never abandoned the demilitarized area and that its security operation was dictated by actual concerns of a growing criminal network turning the Guergarat area into a venue for engaging in all sorts of smuggling and trafficking.