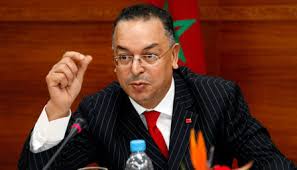 Prospects for growth in 2016 have been slightly meagre compared to 2015. In an interview with Jeune Afrique Magazine Morocco’s tourism minister Lahcen Haddad expected the sector to grow by 2% on the backdrop of the confusions created by the turmoil plaguing several countries in the region.

He noted that instability in the region has slightly taken a toll on arrivals, but the sector shows resilience with revenues likely to slightly rise this year.

The measures were adopted during a closed-door meeting between the ONMT and professionals of the tourism sector in Morocco who took stock of the current unprecedented crisis that is worsened by the spread of amalgams in Europe in a context marked by soaring regional instability.

The measures provide for launching new air routes to attract tourists from alternative markets such as the Arab world after the sharp drop registered in arrivals from Western Europe.

Besides, it was also agreed to add more flights for the 2016/2017 autumn season to boost tourist arrivals from Germany, France, the Netherlands, Spain, Switzerland, the UK, the UAE, Qatar and Saudi Arabia.

In this respect, the ONMT, which already has partnerships with Morocco’s flag carrier RAM and Air Arabia, is considering agreements with other airlines such as JetairFly, Transavia, Ryanair, Easyjet, Norwegian & Vueling.

The ONMT also plans to schedule flights linking the two tourism hubs of Agadir and Marrakech to the Czech Republic, Hungary, Finland and Norway.