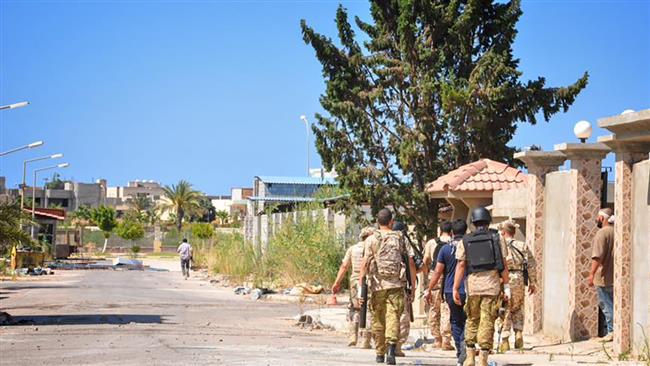 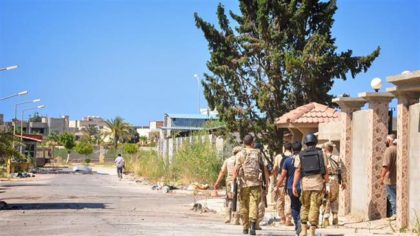 Misrata forces loyal of Tripoli-based Government of National Accord have broken the Islamic State’s last resistance position in the terrorist group’s stronghold of Sirte, reports say.

Fighting carried on over the weekend mainly on Saturday as GNA-aligned forces launched final assault on the third district of Muammar Gaddafi’s hometown.

The terrorists have been cornered in the area after giving away large parts of the city to regular forces, aided by American air power.

GNA has launched the anti-IS campaign since May in an attempt to flash out the terrorist group, which had captured the city last year as it took advantage of rivalries between opposed Libyan factions.

The GNA forces announced Saturday they were able to break into the district with the support of tanks and armored fighting vehicles, Libya Herald reports.

Fighting to overcome the terrorist group have caused the death of more than 500 Libyan fighters, while the number of injured has been established at more than 2,500.

Casualties on IS camp have been difficult to verify.

The campaign, until August, was marked by lulls, because of splitting tactics from the militants planting landmines, using snipers and car bombs.

Since Washington announced early August it was joining the campaign at the request by GNA’s leader Faiez Serraj, the US Stuttgart-based US-Africa Command has conducted close to 200 air-strikes on the terrorist group.

The US campaign has entered its third straight month although the Pentagon had said at the beginning of the campaign that it would only last for few weeks.

US authorities have reportedly promised the GNA to maintain their military assistance even after the defeat of the IS group.

North Africa Post's news desk is composed of journalists and editors, who are constantly working to provide new and accurate stories to NAP readers.
NEWER POSTTourism Contribution in Morocco’s GDP Rose to 6.5% in 2015
OLDER POSTMorocco Arrests Two Suspects Linked to IS All-Female Cell