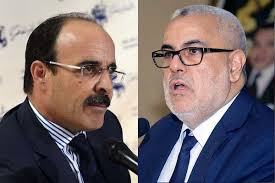 A coalition between the PJD with 125 seats followed by the PAM with 102 seats will help reach a comfortable majority of seats that are required for government formation. On paper, this sounds plausible, but in reality the fierce rivalry between the two parties and their antagonistic ideological referential between an Islamism conservative and a liberal modernist makes it impossible for a coalition between them to materialize.

PAM spokesperson Khalid Adnoun has just made it clear, dispelling all speculations of a potential rapprochement between the two arch rivals of Morocco’s political landscape. “There will be no alliance with PJD. If they get their coalition, we will be in the opposition,” he said.

Centre right party, the National Rally for Independents (RNI) with 37 seats has also expressed its unwillingness to take part in a government coalition under the PJD’s leadership. Yet, everything is possible in politics. The RNI made the same statements in 2011 elections but later joined the PJD-led government with its chief Salah Eddine Mezouar at the helm of the Foreign Ministry.

Leaders of Popular Movement (MP) with 27 seats have not yet expressed their stance regarding a coalition with Benkirane. The same thing can be said about the Constitutional Union (UC) which has won 19 seats.

The Union for Socialist Forces (USFP) has been dealt a heavy blow in these elections as it gleaned only 20 seats. It opted for opposition and rejected the PJD’s invitation to join a government coalition in 2011 in an attempt to reorganise its ranks and reconnect with its leftist ideological referential and policies. Yet the results of the 2016 show the decline of the left in general and the dwindling influence of the USFP in the Moroccan political arena.

The Party of Progress and Socialism which took part in the incumbent government had a meagre result in 2016 with only 12 seats. During their electoral campaign, their common point with Islamist PJD was their animosity towards the PAM which they both accuse of pulling the strings of Moroccan regime behind the scenes.

The participation of the Istiqlal Party, which came in 3rd with 46 seats, in a coalition government is the most probable given the rapprochement of its tideological referential with the PJD’s, although the party had quitted Benkirane’s first government after a two-year participation.

The decision might be taken on Monday at a meeting of the party’s executive committee that will assess the poor results scored in these legislative elections.

The fragmentation of Morocco’s political landscape makes no party able to win an outright majority. To secure the majority of seats needed to form a government coalition, the PJD has at least to enter into a coalition with 4 parties, a task that may put the PJD on a rocky road to negotiate the distribution of ministerial portfolios and compromise on their party’s policy to make it in tandem with its partners in the future government.