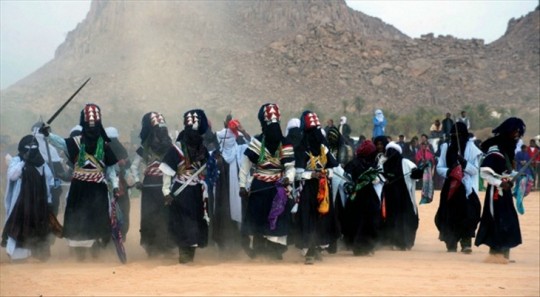 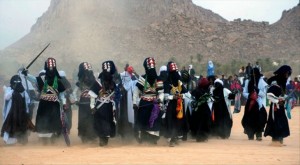 The annual cultural festival of “Sbiba” which is hosted in Djanet is fast approaching its 4th edition and preparations are well in place as it is also preceded by the 4th edition of the National Festival of Music and Song Targuies which kicked-off on Sunday with most of the artistes coming from the southern region of the country.
This years’ festival was placed under the theme: “Sbiba, songs and poems.” Always coinciding with the religious festival of Ashura, the edition will be graced by various cultural and artistic presentations led by local folklore troops according to Boudiaf who is the chief organizer of the festival. Also on the program area are oratory and poetic contests as well as dialectical challenges of proverbs in ‘Timhague.’
A special day will be dedicated to poems relating to ‘Sbiba’ wherein scholars and researchers will be invited to do presentations on matters relating to intangible heritage and popular culture. The program also includes camel races, folklore entertainment, competitions between neighboring settlements like Azelouaz and El-Mihane and artists from the region of Tassili N’Ajjer.
Preparations for the local cultural festival was started on the first day of the new year of the Hegira (Mouharrem 1434), known locally as “Timoulaouine” in an atmosphere of joy hosted by the local population, and continue until Ashura, when citizens rally to the site of “Doughia” to celebrate “Sbiba.”
The festival is geared towards conserving traditions and encouraging its transmission to young ones in order to assure its existence from generation to generation. Considered as an artistic touareg legacy, the festival helps to preserve and maintain contacts between the Touareg population with popular dances presented by those from  ksour “Azelouaz” and “El-Mihane” which have been inherited from their ancestors as part of their culture.