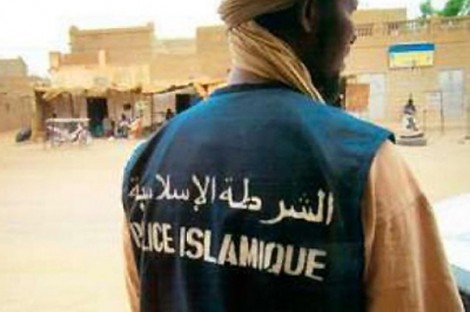 The Grey-Force: Militant Salafism and Changing Security in North Africa

It is common today to associate Salafism with radicalism, nihilist violence and failed states. In fact, Salafism is a heterogeneous religious and political tendency. Salafis agree on the glorification of the early Muslim community, its religious texts, its supposed unity, its energy and moral conduct. However, they differ considerably on the way to revive this imagined glorious time. This question divides them into two currents of ideas: traditional and militant Salafism. The former refrains from violence, political organization and opposition to ruling regimes. In contrast, militant Salafism, since the 18th century (the so-called Wahhabism), has endorsed direct action, violence and aspiration to power.

Militant Salafism spread from Saudi Arabia, its homeland, to Egypt in the late 1960s. The determination of Egyptian militant Salafis was noticed in the late 1970s by American and Saudi strategists who sent them to fight in Afghanistan. They were joined by other Salafis recruited in North African countries. The Afghan context gave militant Salafism legitimacy, an experience and a taste for international politics. Soon, they moved into Bosnia and Sudan. All these countries mentioned above are ‘grey-zones’.

Why does militant Salafism appear in grey-zones at critical moments for regional security? Because it is a symptom of a security change in a given area. For militant Salafism to operate, it requires certain conditions typical of grey-zones: weak states, harsh geographical context, and extreme local or global polarization. In the late 1960s and 1970s, all these conditions were present in Upper Egypt. The latter is a copy-cat of the 18th century Najd. Subsequently, in the early 1990s, militant Salafism emerged as a grey-force in Algeria – as a major actor in the Algerian civil war. They also enjoyed some success in Libya where they fought the regime of the country’s former strongman, Muammar Ghaddafi. Later, in 2011, they cooperated with NATO to overthrow him.

In the aftermath of political changes in Egypt and Tunisia, militant Salafism rose to considerable political influence. Suddenly, and with exceptional finances, supported by Satellite media and a pan-Islamic religious discourse, they became a political power. It is true that they dissociate themselves from armed violence. Nevertheless, they practice other forms of violence, such as persecution, censure and violent manifestations. Their conversion into politics shows the weedy character of “democratic processes” in Egypt and Tunisia.

Northern Mali is only important inasmuch as it is a gate to Algeria and Libya. The sudden presence of militant Salafism in the region pinpoints a change in the security order of the area. Both Algeria and Libya are major sources of energy

This is nowhere more evident than in Sinai, Mali, and Libya. Militant Salafism in Sinai leads a war of attrition that serves internal actors who look for legitimacy to fight terrorism and external actors seeking to weaken the Egyptian state. Militant Salafis of Northern Mali created a no-man’s land with offshoots in Algeria, Libya and Mauritania. Northern Mali is only important inasmuch as it is a gate to Algeria and Libya. The sudden presence of militant Salafism in the region pinpoints a change in the security order of the area. Both Algeria and Libya are major sources of energy. Sooner or later, other countries in Northern Africa might be concerned with the fast changing security situation. Mauritania is another large country with huge natural resources, fragmented population and a weak state. The principal aim of militant Salafism is not to take over the Northern African countries. Rather, they further weaken the states and render them more vulnerable to international actors.

The current rise of militant Salafism is a significant phenomenon. It is obvious that it sails against the current of events in the contemporary Muslim world – for urbanization, secularization, and Westernization are slow but definite processes. Instead, militant Salafism indicates the expansion of grey-zones in North Africa. Strategically speaking, they are a special kind of weapon – much like radical Marxism was during the Cold War. They contribute to the re-modulation of specific areas in the Muslim world – a mobile force which serves global interests.