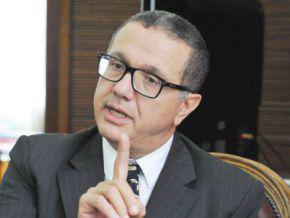 Public institutions took 52.9% of Morocco’s total external debt, followed by the treasury with 46.8%, while banks and local collectivities accounted for the remaining 0.3% of the debt.

Multilateral bodies are Morocco’s main debtors with 45.7%, followed by bilateral debtors with 28.2% and finance and monetary institutions and commercial banks with 26.1%.

Morocco’s euro debt represents 61.9% of the total external debt while the debt in the dollar, the Yen and other currencies stands at 24.7%, 4.2% and 9.2% respectively.

Last July, the IMF approved a two-year arrangement for Morocco under the Precautionary and Liquidity Line (PLL) for 3.47 billion dollars.

The new PLL arrangement will provide Morocco with useful insurance against external shocks as the authorities pursue their reform agenda aimed at further strengthening the economy’s resilience and fostering higher and more inclusive economic growth, the IMF said in a statement on its website.

The loan will help Morocco fare with a fall in economic growth to 0.5 percent year-on-year in the second quarter of 2016, slowing from 4.2 percent in the same period last year, after a severe drought hit the agricultural sector, the planning agency said on Friday.

North Africa Post's news desk is composed of journalists and editors, who are constantly working to provide new and accurate stories to NAP readers.
NEWER POSTA New Page Opens in Moroccan-Nigerian Relations
OLDER POSTEgypt Wants Morocco Back in the AU