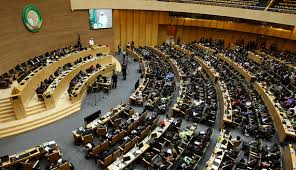 Egypt Wants Morocco Back in the AU

Egypt, Africa’s third most populous country, has expressed support for Morocco’s return to the African Union and said that the Kingdom can play a key role in addressing Africa’s major challenges, local Egyptian media reported.

“Egypt backs the return of Morocco to the pan-African body,” the local press quoted an Egyptian diplomatic source within the African Union as saying. The source highlighted the longstanding brotherly ties between Egypt and the north African Kingdom.

The source said several African countries are backing Morocco’s return to the African Union, noting that the decision will be taken during the Union’s summit in Addis Ababa in 2017.

“Morocco’s return is conducive to strengthening the actions of the African Union and meeting the challenges facing the continent,” the source noted.

Last week, Morocco submitted an official request to regain its place within the African Union.

In a message last July, King Mohammed VI made it clear “this decision does not, of course, mean that Morocco will relinquish its legitimate rights, nor recognize a pseudo entity lacking the basic elements of sovereignty which was imposed on the African Union, in flagrant violation of the latter’s charter.”

The Monarch added that Morocco’s return to the pan-African organization “reflects our keenness to continue defending our interests from within the African Union and to enhance cooperation with our partners, at the bilateral and regional levels.”

During the last AU summit, a group of 28 member states of the African union addressed a motion to the AU chair expressing support to Morocco’s return to its African family and demanding the suspension of the self-proclaimed Sahrawi Republic from the pan-African organization.

Morocco withdrew from the predecessor of the AU, the Organization of African Unity in 1984, on grounds of the biased decision of the organization, which violated neutrality in the Sahara conflict by admitting the Algeria-based SADR separatist entity as a full-fledged member. Since then Morocco has been conditioning its return to the pan-African body on the withdrawal of the Polisario membership and the respect of the UN-brokered political process to settle the Sahara issue.