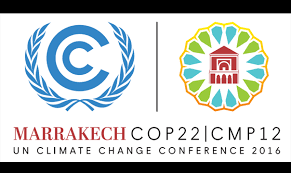 The fog harvesting project was initiated by Dar Si Hmad, a woman-led NGO, as a solution to water scarcity in some of the most isolated, rural communities in the Anti-Atlas mountain range.

Dar Si Hmad designed and installed what is now “the world’s largest operational fog water harvesting system”, the UNFCCC said in a statement.

“It is an innovative solution to persistent water stress where fog is abundant, a technique inspired from ancient water practices,” the UNFCCC added.

The water is collected from the fog through a series of tall steel poles, hung with rectangular black polymer nets. These are the fog harvesters which can in twenty-four hours, collect up to seventeen gallons of water—condensed fog from the nearby Atlantic—per square yard of netting.

The prize awarding ceremony and a series of special events will be held during the UN Climate Change Conference in Marrakech, in November 1-18.

North Africa Post's news desk is composed of journalists and editors, who are constantly working to provide new and accurate stories to NAP readers.
NEWER POSTTunisia: Washington Cautions US Citizens against Traveling to South-Eastern Regions
OLDER POSTMorocco Chairs High-level Meeting on Fight against Terrorism at the UN