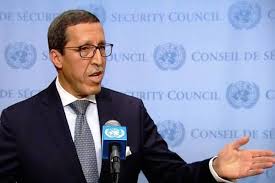 Morocco’s Permanent Representative at the UN, Ambassador Omar Hilale, chaired in the UN’s headquarters in New York, a high-level meeting on the attenuation of chemical, biological, radiological and nuclear hazards in the fight against terrorism.

The meeting aimed at raising the awareness of member states about the risks posed by chemical, biological, radiological and nuclear hazards and to integrate the means to limit these risks in anti-terrorism policies.

Speaking at the opening of the meeting, Hilale stressed the pressing need for addressing the challenges posed by such hazards in light of the surging terrorist threat, adding that preventive policies need to be developed.

He said coherent strategies at the national level need to be developed and regional cooperation strengthened with a particular focus on reinforcing capacities.