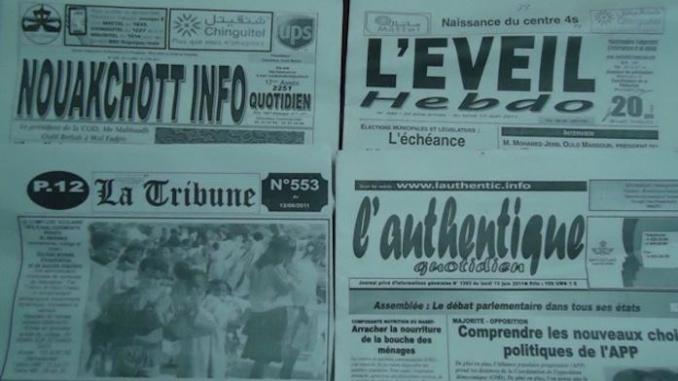 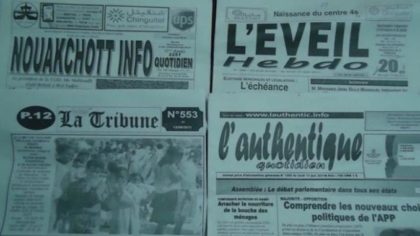 Mauritania’s main stream private newspapers have chosen to go off on Wednesday in a move to denounce unbearable work conditions coupled with authorities’ tight grip on private media, reports say.

The Wednesday action is undertaken “to protest against the situation of deep crisis that Mauritanian private newspapers are stranded in,” said Sy Mamadou, Chief Editor of L’Eveil Hebdo.

It is also seeks “to inform authorities, national and international public opinion, as well as Mauritania’s development partners of the necessity to have a credible private press capable of accompanying democratic reforms and economic and social development of the country,” the reporter further noted.

The country’s major private newspapers such as Calame, Authentique, Rénovateur, Le Quotidien de Nouakchott as well as Points Chauds have decided to back the Wednesday blackout action.

Private newspapers in Mauritania are facing acute sponsorship problems with state grants to the media, estimated at €500,000, are shared by multitudes of private radio and television channels, let alone untold number of online media as well as tens of private newspapers.

Most publications are printed by the country’s publication house, which imposes high rates, making it difficult for the newspapers to work with very tight budgets.

Among demands filed by the Chief editors of the private media feature reduction of publication cost and lifting of the Mauritanian government ban on subscription to private newspapers by state companies.

The ban, says afrique.le360.ma, has crippled the media’s source of revenue. Some private companies have also decided to respect the ban as they seek largess from the Mauritanian regime.