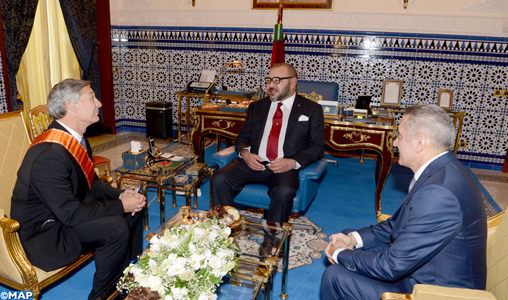 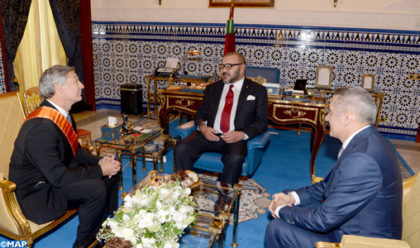 Morocco has made a major leap in developing aviation-related industries with the signing of a deal with Boeing to establish an industrial ecosystem offering conditions propitious for attracting component suppliers.

The agreement was signed in the royal palace of Tangier by Moroccan trade and industry minister Moulay Hafid Elalamy and the chief executive of Boeing’s airplane business, Raymond Conner during a ceremony chaired by King Mohammed VI.

This industrial ecosystem will bring investments from around 120 of Boeing’s suppliers to help raise Morocco’s aeronautics exports by 1 billion dollars and create 8700 jobs.

Speaking on this occasion, Morocco’s trade and industry minister voiced satisfaction at the growth of the sector saying that the size of the aeronautics sector increased six fold during the last ten years.

Such an ecosystem is conducive to reinforcing the attractiveness of the aeronautics sector in Morocco and will add momentum to the national economy, said the minister.

Boeing already has a joint venture with France’s Safran in Casablanca to build wire bundles and harnesses for aircraft makers, including Boeing and Airbus.

The deal was signed at a time Morocco braces for legislative elections due on October 7. The timing of the agreement shows the confidence of international companies in Morocco’s business climate and political stability, as the Kingdom managed to maintain the flow of foreign direct investments despite the unfavourable circumstances ensuing the Arab Spring.

Thanks to low labor costs and proximity to Europe, many companies see Morocco as an export base to supply components to manufacturers in Europe and the US. So far, 121 aeronautics companies operate in Morocco including aviation industry giants such as Bombardier, Alcoa and Stelia, a subsidiary of Airbus.

The industry currently employs 11,500 people and has generated in 2015 exports worth 1 billion dollars, posting an annual growth rate of 15%.

Part of a larger industrial acceleration strategy, Morocco’s plan to develop the aeronautics industry aims at creating 23,000 jobs by 2020, increase exports to 1.6 billion dollars per year and bring to 35% the proportion of locally-produced components.