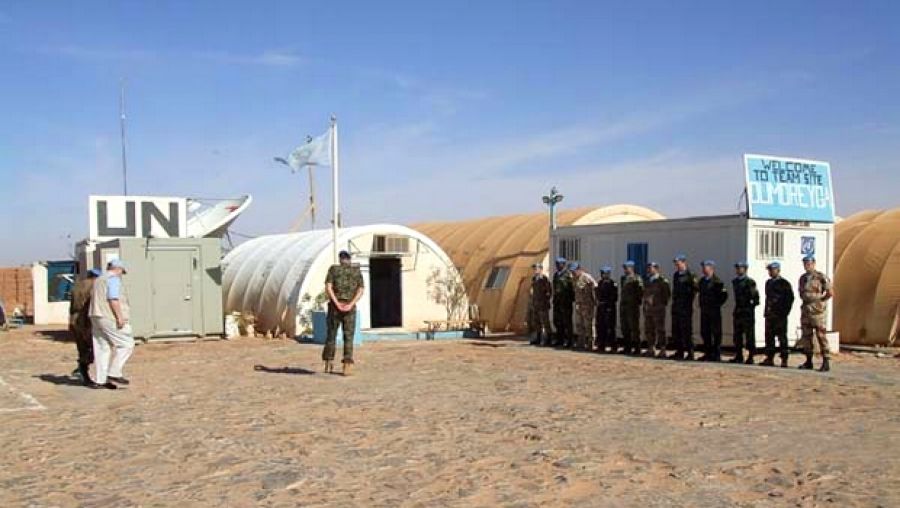 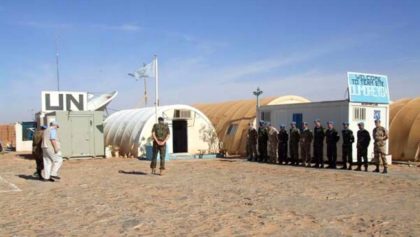 The war scenario between Morocco and the Algerian-backed Polisario separatists was at the heart of talks separately held by the UN Secretary General’s Personal Envoy for the Sahara with the Foreign Ministers of Spain and Mauritania.

On the backdrop of the cease-fire violations by the Polisario militias in the buffer zone of Guerguarat and the looming return to war in the region, Christopher Ross discussed with the Spanish Foreign Minister the possible scenarios that may result from the current tensions in the southernmost tip of the Moroccan southern provinces near the Mauritanian borders, Morocco’s daily paper, AlMassae reported.

Morocco had launched last August a security operation aiming to clear the Guerguarat area behind the security wall of all illegal commercial activities and criminal networks. The operation was followed by road pavement works to enable a better monitoring of the area. This de-facto manifestation of Morocco’s sovereignty over the area infuriated the Polisario.

Desperate to portray the buffer zone as a “liberated area” the Polisario sent troops to Guerguarat, closer to the Moroccan Royal Armed Forces on the other side of the wall, in violation of the 1991 UN-brokered cease fire agreement.

In this context, Ross raised with the Spanish minister the means to appease tensions and the possible responses if war resumes.

Ross, whose visit to Morocco was postponed till after the legislative elections (October 7), also discussed with Mauritania’s Foreign Minister the role Nouakchott can play to avert a resumption of hostilities in the area.

Morocco’s crackdown on smugglers in Guerguarat came after reports of a potential smuggling by the Polisario separatists of an arms cargo into the southern provinces where they intended to undermine public order. Hence the fury of the Polisario leaders who have been accused by several international reports of connivance with trafficking networks and terrorist organizations in the region as well as embezzling humanitarian aid.

Earlier in August, the UN mission to the Sahara, MINURSO, has refuted the Polisario’s failed attempt to portray Morocco’s security operation as a breach of the ceasefire saying that the anti-smuggling operation in Guerguarat had a police character and was undertaken in coordination with the UN.