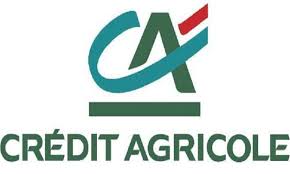 Moroccan state-owned bank Credit Agricole (CAM) received the approval of the Ministry of Finance to open an Islamic subsidiary with The Islamic Development Bank (IDB), the Central Bank, Bank Al Maghrib, said in an official bulletin.

Bank Al Maghrib added that it is in the final stages of launching Islamic finance industry, which is referred to in Morocco as “participative finance.”

The draft law to create participatory Islamic banks was first adopted by the Cabinet on 16 January 2014. Since then, negotiations have been going on over the establishment of a framework for Islamic banks to operate.

Credit Agricole will reportedly own 50 per cent of the Islamic banking window as a joint venture with the IDB with an initial capital of 200 million dirhams. The two institutions have expressed plans to raise it to 400 million dirhams eventually.

“Credit Agricole of Morocco aims to position this bank as a major actor in the Moroccan participative banking sector, mainly in the rural areas where a large part of the population does not deal with conventional banks,” the decree published in the official gazette said.