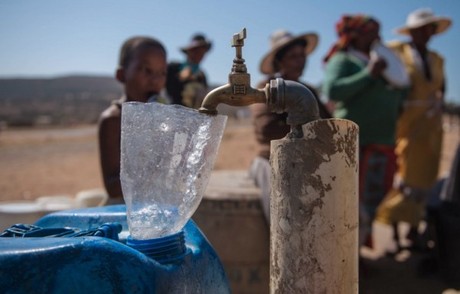 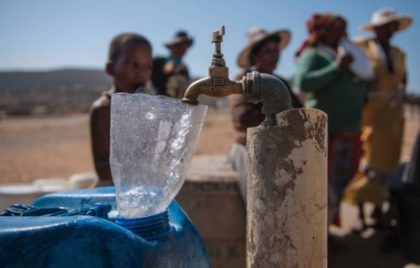 The observatory had warned that “the failure to find urgent and sound solutions will increase protests across the country.”

The authorities are aware of the problem but have no solution at hand.

State Secretary for Water Resources and Fishing, Abdallah Rabhi, raised concerns as rainfall has dropped by almost 30%. In August, the Agriculture ministry also signaled a “catastrophic” situation if there is not enough rain by the end of the summer to refill the groundwater reserves and reservoirs. Mohamed Dahech, the CEO of the national water supply authority SONEDE, confirmed that groundwater levels in areas without dams have fallen in some cases by 25%.

As early as May, Tunisian authorities had announced that there will be water supply shortages ranging from several hours to three days and that 700 water supply cuts will be effected.

Tunisia Live, a news agency, claimed that some settlements such as Hmaydeya, have not had access to local running water for four months, while Watchwater stated that some regions have been affected by the cuts for almost a month.

Tensions are increasingly growing and at the beginning of the month, protesters threatened to disrupt operations at the pumping station in Femana that supplies water to Tunis, the capital.

Meanwhile, the Ministry of Religious Affairs has called on the population to “pray for rain” as part of the solution but critics are accusing authorities of inactivity to solve the problem. National water consumption has been increasing by 4% per annum.

Water scarcity has long been an issue for Tunisia but the challenge has been exacerbated by demand from agriculture and industry.

Agricultural losses are already estimated to be around $900 million. The situation could get worse as the around 30 dams and reservoirs are filled below 40% of their last year’s levels. Meanwhile, the Nabhana reservoir in central Tunisia is completely dry.

Cherif Gasmi, manager of the Sidi Salem Dam, said “if rain does not come by the end of September… we will have to tap the dam’s strategic reserves and that’s a very dangerous situation.”