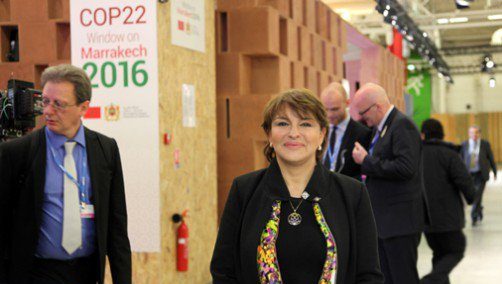 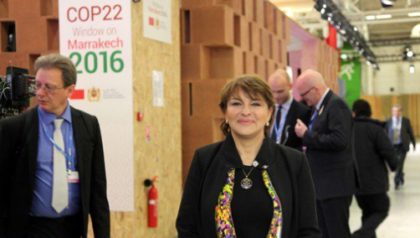 Moroccan Minister Delegate in Charge of the Environment Hakima El Haite said at the “Our Ocean 2016 Conference” in Washington DC that oceans will feature prominently in the UN Framework Convention on Climate Change (COP 22), to be held in Marrakech on November 7-18.

Addressing a panel on “Ocean and the Environment”, El Haite stressed the importance of linking the aims of the Our Ocean conference to the implementation of the COP 21 Paris Agreement.

She called for a “world partnership to establish a real vision and strategy to address oceans,” noting that oceans both sustain life and are essential to the economies of coastal countries like Morocco.

In this respect, El Haite stressed the need for treating oceans not only as an environmental agenda, but also as an “economic and human agenda.”

The event was an occasion to shed light on some measures taken by Morocco to address the environmental and economic challenges posed by climate change, notably in terms of ocean protection through the adoption of laws against illegal fishing, promoting and monitoring of fishing fleets and creating protected zones along the coastlines.

The conference was also marked by the announcement of a partnership between Morocco, France and the Principality of Monaco to ensure a better protection of the biodiversity and richness of the Mediterranean Sea against climate change and pollution.

Morocco’s environmental commitment was highlighted in several international reports the latest of which is the 2016 Climate Performance Index which ranked the North African Kingdom among the top ten countries making headway in addressing climate change.

Secretary of State John Kerry hosted the 2016 Our Ocean conference on September 15 to 16. The conference focused on the key ocean issues of our time including marine protected areas, sustainable fisheries, marine pollution, and climate-related impacts on the ocean.