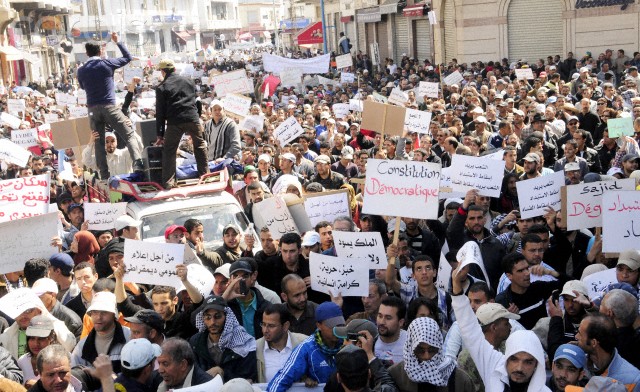 Morocco: March in Casablanca against Instrumentalization of Islam in Politics 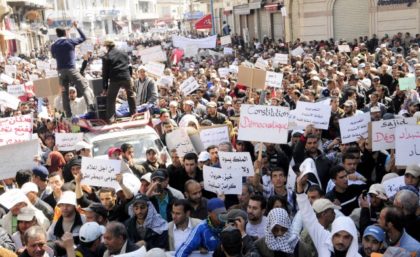 Some 40,000 people flocked Sunday to Casablanca to participate in a demonstration against the “Islamization” of the State and the instrumentalization of Islam in politics.

As the organization of the demonstration was not claimed by any side, and as it was not authorized by the Interior Ministry as the custom goes, supporters of the ruling Justice and Development Party (PJD) denounced the march as a manoeuver against the PJD and its leader, Abdelilah Benkirane.

Actually, footage of the march shows protesters hoisting banners calling for the ouster of Benkirane, who is the head of the coalition government. The other parties forming this government are the National Rally of Independents (RNI), the Popular Movement (MP) and the party for Progress and Socialism (PPS).

The media close to the moderate Islamist PJD described the march as “a conspiracy” and claimed that it could by no means be “spontaneous” as the authorization of the Interior Ministry is necessary to any public rally or demonstration.

Benkirane, who was presenting on Monday his party’s program, ahead of the legislative elections of October 7, told the media that he had asked the Interior Minister about the organizing sides and whether the protesters got the due authorization. The Interior Minister responded that his department neither authorized nor prohibited the demonstration and limited itself to ensure order and avoid that it gets out of hand.

Many demonstrators confirmed that they have decided to participate in the event after reading postings on Facebook. Others say local associations, which provided transport means to downtown Casablanca, explained the purpose of the march and invited them to join.

However, what all these demonstrators have in common is seemingly their disappointment at the performance of the Benkirane Government. Instead of working to fulfil his 2011 electoral promises, Benkirane was lost in sterile polemics with his political opponents, some demonstrators argued.

Yet, some analysts see in the demonstration a direct link with the PJD’s decision to present the controversial Salafi Sheikh Hammad Kabbaj as one of their candidates in a Marrakesh Constituency.

The announcement of this candidacy stirred harsh criticism because Hammad Kabbaj is known for his hostility to individual freedoms and for his controversial statements that are contrary to the principles of democracy, tolerance and plurality.

Kabbaj’s candidacy was later rejected by Marrakesh authorities, as the administrative investigation “has shown that the person has repeatedly and publicly expressed positions contrary to basic principles of democracy, and therefore contrary to the Constitution, and has spread extremist ideas calling for hatred, discrimination and violence in Moroccan society.”

The PJD, caught in election fever, has not weighed properly the impact that the candidacy of such an extremist Salafist would have on the party, as a whole.